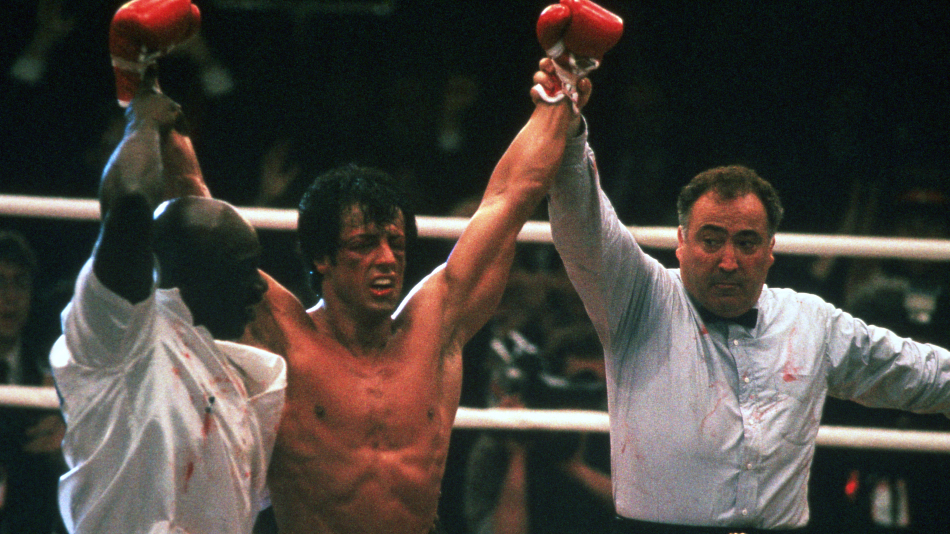 Why the Rocky Series Is the Ultimate Underdog of Blockbuster Franchises

Most blockbuster movie franchises tend to be pretty similar in their makeup. Whether it’s the Marvel Cinematic Universe, Star Wars, or Harry Potter, the most successful series feature loads of action and tons of special effects. Virtually all blockbuster movie franchises fall under the sci-fi, superhero, or fantasy umbrellas, or at the very least, they’re full of explosive action like the James Bond and Fast and Furious movies. For the most part, this has always been the case. Back in the 1980s, which is when the idea of the blockbuster franchise really came into its own, action and genre series led the pack. Star Wars, Indiana Jones, Back to the Future… it’s not hard to imagine any of those film series doing very well today (especially in the case of Star Wars, since it still is doing well today). But there’s one blockbuster franchise that also came of age in the ’80s that doesn’t fit that mold at all, and that’s the Rocky franchise.

The Rocky series is, in some ways, the most unlikely blockbuster franchise ever. Think about it: How many Oscar-winning dramas have been turned into a six-film (eight if you count the two Creed movies) blockbuster opus? There is literally only one. The first film in the Rocky franchise is so radically different from what followed that it’s hard to believe the movies are part of the same series. 1976’s Rocky is a pretty standard sports drama. It’s low-budget, low-stakes, and has a perfectly believable and inspiring storyline. Contrast that with Rocky IV, which features James Brown, a robot, and Rocky singlehandedly ending the Cold War after defeating the Russian superman who killed his best friend. The trajectory is not easy to follow, and that’s a big part of what makes the Rocky franchise so bizarre. Return of the Jedi compared to A New Hope is not all that different. But Rocky IV compared to Rocky? They’re worlds apart.

Following the critical success of the original, the sequels just got more and more absurd as they went on. Rocky II was fairly believable, but maybe a little too picture-perfect as it saw Rocky become champion by defeating his nemesis Apollo Creed. Rocky III started to get ridiculous, with both Hulk Hogan and Mr. T. offering varying levels of insanity. By the time Rocky IV came around, the series had become out-and-out bonkers with the aforementioned robot and Soviet super-soldier. Yet people ate this stuff up. All three of those movies were huge blockbusters, with each one of them finishing in the top three at the box office for the year in which they were released. Crazy as they were, though, these were still sports dramas at the end of the day that were competing against the likes of Indiana Jones and Back to the Future, which makes their achievements even more remarkable. A sports drama finishing as a top-three movie for the year would be absolutely unheard of today, and it was still considered an extreme rarity in the ’70s and ’80s when the Rocky movies were doing it.

From its beginnings as a Best Picture Oscar-winning drama to its ever-increasing craziness and its genre-defying box office prowess, nothing about the Rocky franchise’s success has been predictable. And that’s why it’s the ultimate underdog of blockbuster movie franchises.

Tune in to THIS on Saturday, June 27 for a Rocky sequel marathon. We’re airing Rocky II-V all in order starting at 7 pm/6 C and running all night long.