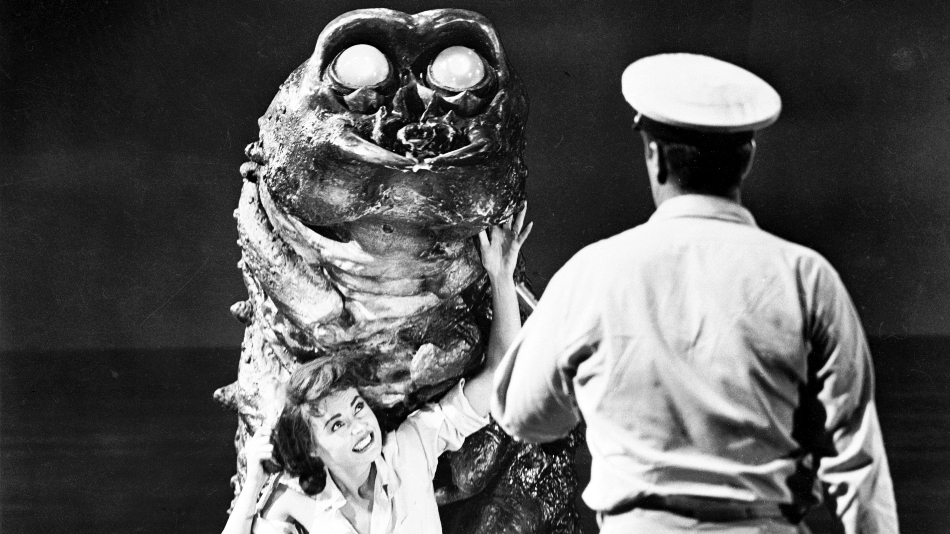 Why the 1950s Was the Golden Age for Monster Movies

Every decade has had its monster movies, but no decade is more associated with the genre than the 1950s. If you hear “1990s monster movie” or “1970s monster movie,” no specific type of film is likely to come to mind. But if you hear “1950s monster movie,” your mind should immediately go to the scores of black and white B movies about strange and often-oversized creatures that dominated the decade. But why did the ’50s have such a plethora of monster movies compared to other decades? And why do they all seem to share common themes?

For the answer, one must look at the era in which these films were made. There were a few aspects of 1950s culture that made it unlike the other eras that came before and after it. The U.S. detonated the first atomic bomb in 1945, ushering in the Atomic Age. By the time the 1950s rolled around, Americans were still coming to grips with what that meant. There was an undeniable excitement around the idea of nuclear power, but also an understandable fear about the threat of nuclear war — especially after the Soviet Union became a nuclear power itself in 1949. There was also a lot of confusion over just what nuclear radiation was capable of, which is why we ended up with so many films about giant monsters that were created as a result of nuclear experiments. These monsters represented not only the mystery of nuclear power, but also the threat of nuclear annihilation by the USSR. The monsters may not have had Russian accents, but as they were literally nuclear-powered beasts coming to destroy Americans, they may as well have.

Just in case the Atomic Age wasn’t enough fuel for the sci-fi fires, the 1950s also saw the birth of the Space Age. The Russians launched Sputnik in 1957, ushering in a new wave of hopes for space exploration — and fear of Russian domination. This development, combined with UFO sightings entering the zeitgeist early in the decade, meant that 1950s monster movies frequently featured creatures from another world coming to invade, again representing the mysteries of science that people didn’t understand while being a frequent stand-in for Russian boogeyman.

In the bulk of ’50s monster movies, it was the hardy American townsfolk who managed to fight off whatever science-created or foreign monster was trying to change their way of life. This, again, was no coincidence. The 1950s may have been the most patriotic — or perhaps even jingoistic — time in U.S. history. With a popular president in Eisenhower, a new status as a global superpower following the Allies’ victory in WWII, a roaring economy, and a common enemy in the USSR, most Americans seemed to be on the same page, for the most part. It would be another decade before the ills of American society were writ large during the tumultuous 1960s, but in the ’50s, many Americans seemed content to hide away in their new suburban homes while watching stories about people just like them doing their national duty by battling giant monsters. This was the era of McCarthyism, when conformity was the name of the game and fear of the “other” was at an all-time high. This attitude, combined with exciting and scary new leaps in science, made the perfect recipe for monster movies, and it’s why we’ll probably never see a Golden Age for monster movies like the 1950s ever again.

Celebrate the Golden Age of monster movies by tuning in to two ’50s classics on THIS. We’ll be showing 1957’s The Monster That Challenged the World and 1958’s It! The Terror from Beyond Space back-to-back on Saturday, June 20 starting at 3 pm/2 C.