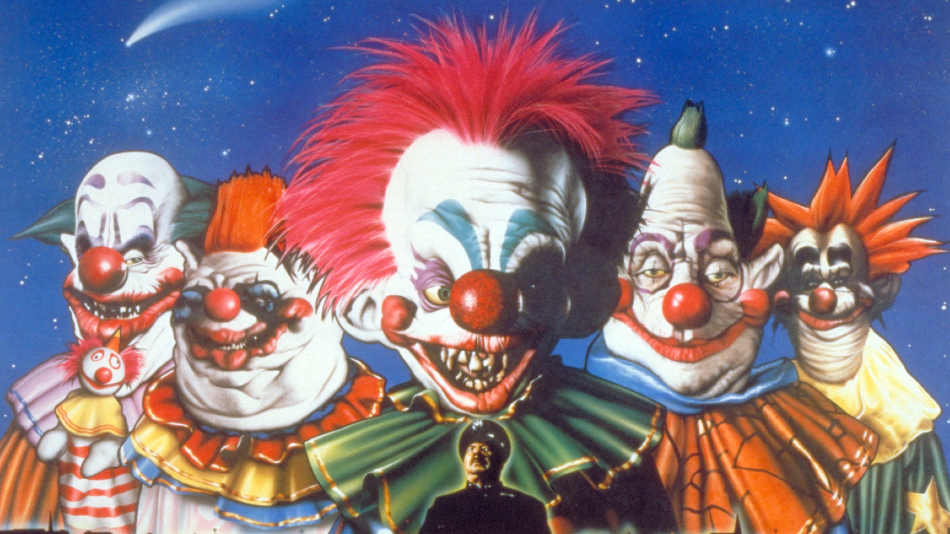 Despite a small resurgence in recent years, B movies largely remain a relic of the past. The unironic low-budget horror and sci-fi flicks of the 1950s are long gone and they’re never coming back, with the genre’s original form largely closing up shop in the 1980s. But before the B movie died, it breathed some pretty tremendous last breaths in its final decade. There was Galaxy of Terror, Forbidden World, Chopping Mall, and many other low-budget gems. But without question, the King of ’80s B movies is Killer Klowns from Outer Space.

The 1988 sci-fi-horror-comedy tells the story of a group of murderous clown-like space aliens who come to Earth and start eating humans. In other words, the movie lives up to its title. Like any good B movie, the plot is patently ridiculous, but the way it’s executed is what makes Killer Klowns so special. This isn’t a movie that’s so bad it’s good. It’s a legitimately well-made film that takes its absurd premise to wildly inventive places. This isn’t an ironic winking-at-the-audience B movie tribute like we often see today. It’s sincere. The filmmakers didn’t set out to make a B movie homage, they set out to make a movie about killer clowns from outer space and made the best movie they could with the budget they had. The movie isn’t played straight for laughs, nor is it an outright gorefest. It’s a horror-comedy that manages to expertly balance aspects of both genres. It may seem ridiculous to sing these kinds of praises about a movie that features a climactic scene wherein the explosion of a spaceship results in pies falling from the sky and hitting people’s faces, and yet, here we are. That’s just how great this movie is. It even has its own punk rock theme song. I mean, how cool is that?

Killer Klowns from Outer Space isn’t just the greatest B movie of the ’80s, it’s one of the greatest B movies of all time. Few films have done more with less, and few films have been more creative — regardless of budget. The movie just becomes more respected with each passing year, and after 32 years of increased reputation, it doesn’t seem like that trend is going to reverse anytime soon.

Killer Klowns from Outer Space will be invading your TV set on April Fool’s Day at Midnight/11 C on THIS.