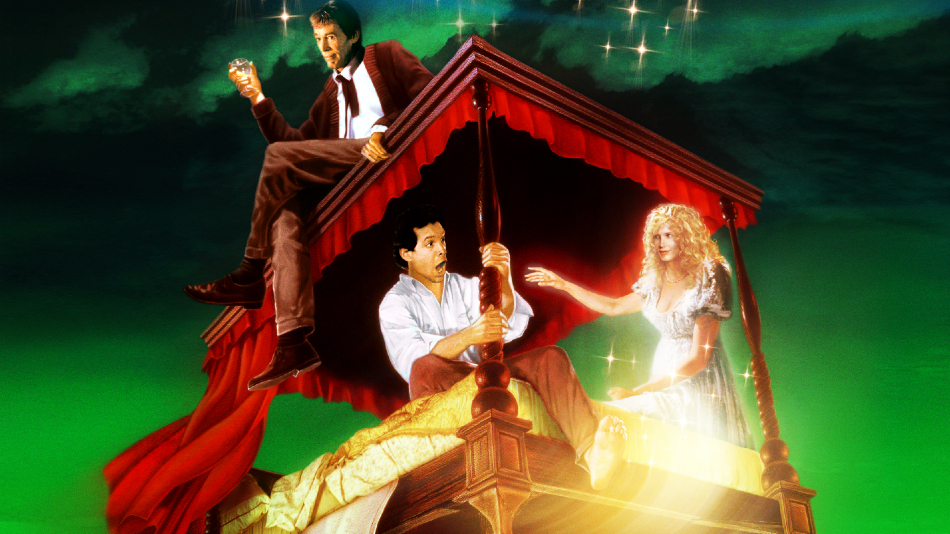 Why Daryl Hannah Is the Queen of the Fantasy Comedy

Before she became Mrs. Neil Young, actress Daryl Hannah was Hollywood’s unofficial Queen of Fantasy Comedy. Throughout her first two full decades in show business, Hannah starred in an unusually high number of fantasy comedy films. The fantasy comedy genre really isn’t all that common of a movie style, and yet, Hannah found the time to appear in seven comedy films that feature fantasy elements over a 15-year-period.

When most people think of Daryl Hannah, the first movie that comes to mind is probably Splash. The 1984 comedy in which Hannah plays a mermaid who falls in love with Tom Hanks was a huge smash, and it turned Hannah into a global superstar. Not only that, but the film may have also led to her being typecast as someone who excels in funny movies with out-of-this-world elements, judging from the next decade-and-a-half of her career.

In 1987, Hannah starred in the romantic comedy Roxanne with Steve Martin. Based on the nineteenth century play Cyrano de Bergerac, Roxanne is fairly light on fantasy, but Martin’s character does have a nose that’s inhumanly large along with a borderline-superhuman sense of smell. But no one could question the fantasy credentials of Hannah’s next comedy. In 1988, she portrayed a ghost in the rom-com High Spirits, hilariously wooing Steve Guttenberg in a haunted castle hotel.

Hannah’s fantasy comedy adventures didn’t stop once the ’90s rolled around either. She starred alongside Chevy Chase in 1992’s Memoirs of an Invisible Man, took the titular role in the 1993 parody remake Attack of the 50 ft. Woman, played the iconic Morticia Addams in the 1998 TV movie Addams Family Reunion, and closed out the decade opposite Christopher Lloyd in the sci-fi family comedy My Favorite Martian.

Over the past two decades, Hannah has ventured away from fantasy comedy, but her reputation as the genre’s queen is likely to remain secure for some time. Whether it’s because of her ethereal looks or her ability to channel naive otherworldly characters while remaining funny, Hannah will always be linked to the fantasy comedy genre.

To see her highness in all her spooky and funny glory, be sure to catch High Spirits on THIS, airing Friday, March 6 at 9:30 am/8:30 C.