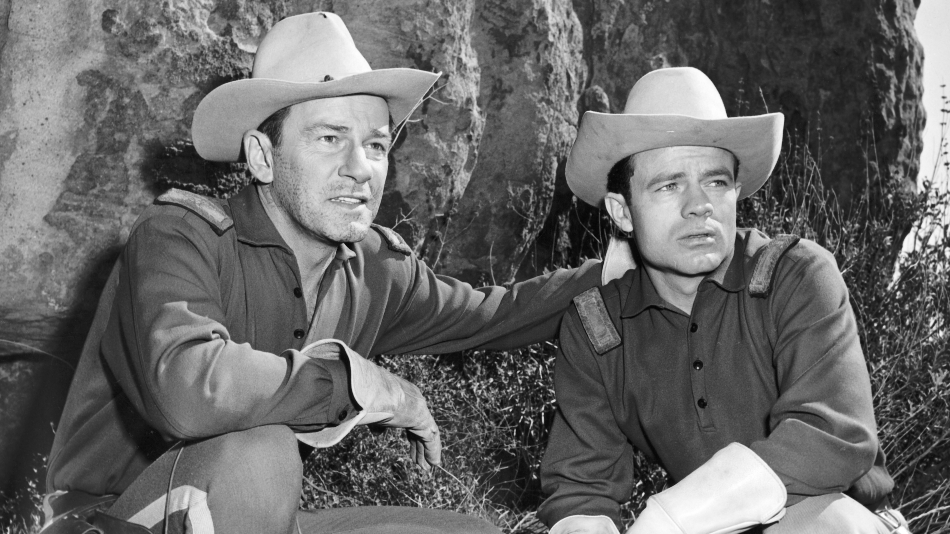 When Westerns Ruled the Television Frontier

When people think of the Golden Age of Hollywood Westerns, they generally think of movies. From the 1930s through the 1960s, Westerns dominated the box office with classics like Stagecoach, High Noon, The Magnificent Seven, The Good, the Bad, and the Ugly, and countless others. But movie theaters weren’t the only venues where Westerns exhibited their influence on pop culture. They also dominated the television landscape during much of this same period, leaving behind a legacy of a massively-influential TV genre that has all but disappeared today.

It was during the 1950s when television really caught on with the American public, and Westerns made up a substantial portion of the initial programming that so enamored the nation with this new form of media. From kid-friendly Westerns like The Lone Ranger and The Roy Rogers Show to more adult-aimed fare such as Maverick, Rawhide, Gunsmoke, and Bonanza, 1950s television was absolutely dominated by Westerns. According to Retro Waste, 8 of the top 10 most-watched series in 1958 were Westerns — an astounding statistic considering that there are almost no Westerns on TV today. This Old West dominance would continue through the early ’60s, aided by long-running mainstays like Bonanza and Gunsmoke (both shows would go on to become two of the longest-running scripted series in American television history) that began the decade before. But as the ’60s wore on, the popularity of the TV Western waned.

By the mid-to-late-1960s, the culture was changing, and along with those changes came new tastes. Few new Westerns became big hits in the decade, and those that did were able to do so mainly by changing up the formula, like the sitcom F Troop and the sci-fi/Western Wild Wild West. By the mid-1970s, Westerns had almost completely disappeared from television, and despite small revivals in the ’80s and ’90s, they’ve never been able to come close to recapturing their former glory.

But at THIS, we still think that Westerns make for great TV. That’s why we’re airing classic Western series all afternoon on Sundays in June. Starting at Noon/11 C, catch two episodes of Bat Masterson, followed by one episode each of Tombstone Territory, Mackenzie’s Raiders, Dead Man’s Gun, The Young Riders, and The Magnificent Seven.