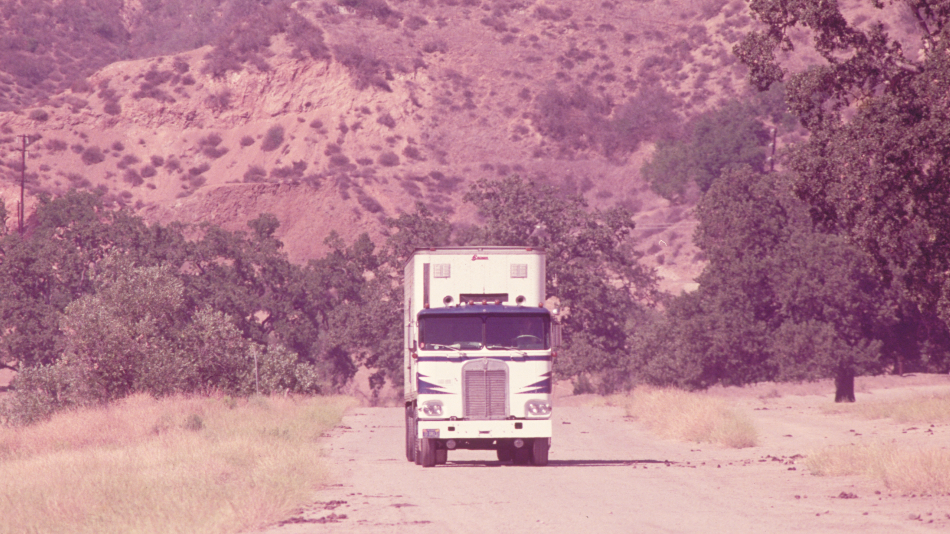 We Got Us a Convoy: 5 Movies That Will Make You Want to Become a Trucker

Despite the drawbacks, there’s something undeniably appealing about the life of a trucker. Sure, it gets lonely, the hours are long, and your left arm gets considerably more tanned than your right, but we can still feel the call of the open road beckoning to us. Truckers have long been romanticized by Hollywood, usually in pretty fantastical ways. So if you’ve been thinking of giving it all up and chasing your dream of driving an 18-wheeler cross-country, then having a look at the five trucker movies below might convince you to do just that!

Trucker movies frequently feature corrupt small-town law enforcement hassling the honest truckers for no good reason, and this 1977 film is no different. In one of his first starring roles, Chuck Norris stars as a trucker who ventures to one of these corrupt towns to rescue his kidnapped brother, and he finds a less-than-warm welcome. Since this is Chuck Norris we’re talking about here, you can probably guess what happens next.

Sylvester Stallones stars in one of the most absurd — and awesome — roles of his career in this 1987 cult classic. As Lincoln Hawk, Stallone bonds with his estranged son, competes in underground arm-wrestling tournaments, and fends off his former father-in-law’s henchmen — all while driving his big rig across the country

3. Smokey and the Bandit

Unquestionably the most iconic trucker movie ever made (even though the bulk of the action takes place in a Pontiac Trans Am), this Burt Reynolds blockbuster from 1977 will give you a serious hankering to drive some illegal Coors beer across state lines (the ’70s had some weird laws).

Trucking admittedly plays a pretty minor role in this film compared to the rest of the films on this list, but it’s such a great movie that we just had to include it. In this 1986 John Carpenter classic, Kurt Russell portrays a truck driver named Jack Burton who ends up embarking on a magical and dangerous adventure after his truck is stolen by a group of ancient sorcerers. Yes, this movie is awesome.

This 1978 film is so ’70s it hurts, right down to its iconic theme song, but it also romanticizes the life of a trucker more than any other movie. In it, a group of trucker friends band together against crooked law enforcement in a battle for road supremacy, and it will really make you wish you had a few CB radio-owning friends of your own.

Live the trucker lifestyle from the comfort of your couch by tuning into Breaker! Breaker! on THIS, airing on Thursday, April 16 at 10:30 pm/9:30 C.