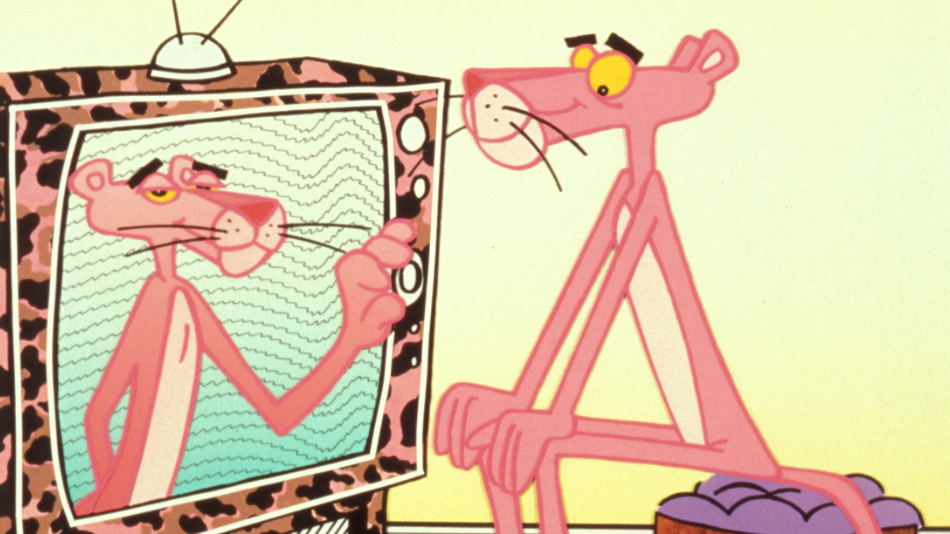 THIStory of: ‘The Pink Panther’

Our THIStory series takes a look at the history behind some of the most iconic franchises that air on THIS. In this installment, we’re going in-depth on one of the most unique media franchises of all time: The Pink Panther.

What makes The Pink Panther such an interesting property is the distinctiveness of its two main offerings. On the one hand, you have the Pink Panther films — which are live-action comedy capers featuring Inspector Jacques Clouseau. For these movies, the titular feline serves only as a mascot of sorts who appears in the films’ credits — he’s hardly the star. But the cartoon cat is the star of his own various animated series, giving him a reach that is far different from that of the bumbling French detective. So how did this bizarre dichotomy come to be?

The franchise got its start in the 1963 film The Pink Panther. Directed by Blake Edwards and starring David Niven as a master jewel thief known as the Phantom, the film’s plot revolved around the theft of a priceless diamond known as the Pink Panther due to its rosy hue and flaw that resembles a panther. The film proved to be a hit, and featured two breakout performances: one from Peter Sellers as Inspector Clouseau, who was on the trail of the Phantom but was outwitted at every turn, and the other from the animated Pink Panther who galavanted around the film’s opening credits to Henry Mancini’s now-iconic and Oscar-nominated theme song.

The following year, both Clouseau and the Pink Panther would return to theaters. Sellers starred as Clouseau in the film A Shot in the Dark, while the panther debuted separately in his first theatrical short, The Pink Phink. The Pink Panther would go on to star in 124 animated theatrical shorts over the next 14 years, cementing himself as one of Hollywood’s most recognizable cartoon characters.

In 1980, Sellers passed away, yet he still starred in 1982’s Trail of the Pink Panther thanks to archival footage — a move which resulted in some controversy. In 1983, the franchise officially moved on from Sellers with Curse of the Pink Panther. The movie starred Ted Wass as an American detective named Clifton Sleigh, who goes looking for the missing Inpsector Clouseau. Clouseau eventually shows up in a cameo, played by James Bond actor Roger Moore. A decade went by before the franchise continued with 1993’s Son of the Pink Panther, which featured Roberto Benigni as Clouseau’s son.

In 2006, the series underwent a hard reboot with comedy legend Steve Martin filling the role of Clouseau in The Pink Panther. The movie was a financial success, grossing $159 million worldwide and spawning the 2010 sequel, The Pink Panther 2.