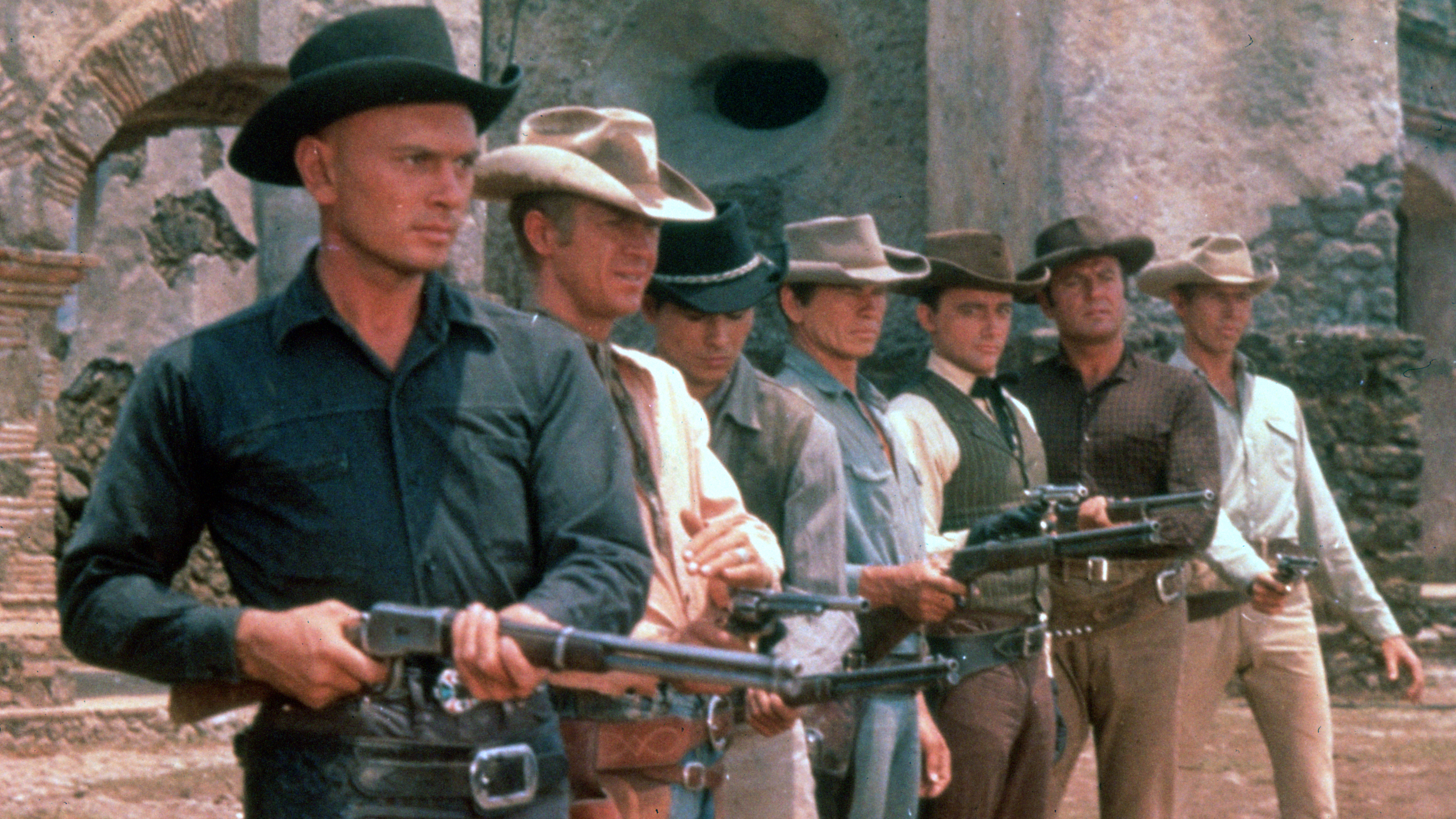 THIStory of: The Magnificent Seven

Our THIStory series takes a look at the history behind some of the most iconic franchises that air on THIS. In this installment, we’re examining The Magnificent Seven, one of the most legendary Western franchises ever.

The story of The Magnificent Seven begins not in the Old West, but in the Far East. In 1954, Japanese director Akira Kurosawa released a movie that would go on to become one of the most-renowned films ever produced in any country. Seven Samurai tells the story of seven ronin (that is, samurai who have no master) who were hired by a village to protect its crop against a gang of invading bandits. The story of noble fighters protecting innocent villagers is one of the most called-upon tropes of the Hollywood Western, which explains why director John Sturgess decided to directly adapt Seven Samurai as a Western in 1960, swapping out the samurai for seven disparate gunslingers. The resulting film, as you have no doubt guessed by now, was The Magnificent Seven.

With its roster of stars including Yul Brynner, Steve McQueen, Charles Bronson, Robert Vaughn, James Coburn, and Eli Wallach, The Magnificent Seven was expected to be one of the biggest films of 1960 — but, strangely, it ended up flopping at the box office. Undeterred, the movie pressed on in its international release, becoming a runaway success in other countries despite its lackluster performance in the U.S. Eventually, appreciation for the movie grew at home as well, and it is now often cited as one of the greatest Westerns ever made and is one of a handful of Westerns to be selected for preservation by the Library of Congress. The film’s main theme, composed by Elmer Bernstein, is also regarded as one of the most iconic pieces of music to come out of Western cinema.

As the legend of The Magnificent Seven grew, the decision was made to turn the film — already a remake of a Japanese samurai movie — into a full-fledged Western franchise. The first sequel, Return of the Seven, was released in 1966. Brynner was the only returning cast member from the original, and the film saw him put together a new septet of cowboys. While not as critically beloved as its predecessor, the film proved financially successful enough to spawn two more sequels. First was 1969’s Guns of the Magnificent Seven, which replaced Brynner’s lead with George Kennedy. Then there was 1972’s The Magnificent Seven Ride, which again replaced its main star, with Lee Van Cleef taking over for Kennedy and leading a new batch of gunfighters. By this point, however, the formula had gotten stale, and The Magnificent Seven Ride‘s poor box office performance marked the end of the franchise… for a couple of decades, anyway.

In 1998, the series was rebooted; this time on television. The Magnificent Seven TV series starred Michael Biehn as the leader of a gang of — you guessed it — seven gunfighters from different backgrounds who band together to protect a town in the Old West from new threats every week. Robert Vaughn even had a recurring role on the series, though he played a completely different character than in the original film. The series was fun, but as it aired on CBS in the late ’90s, the cards were stacked against it from the start. Westerns had fallen out of favor by that time, and The Magnificent Seven lasted just 22 episodes before its cancellation in 2000. But that still didn’t mark the end of The Magnificent Seven.

In 2016, Antoine Fuqua directed a stylish remake of the original film. This new Magnificent Seven included stars like Denzel Washington, Chris Pratt, and Ethan Hawke among its team of gunslingers, along with a more modern sensibility. Audiences and critics alike responded, and the film earned better-than-average reviews on its way to a $160 million-plus box office take. The movie showed that there was still an appetite out there for this timeless story, and it signifies that The Magnificent Seven could ride again someday.