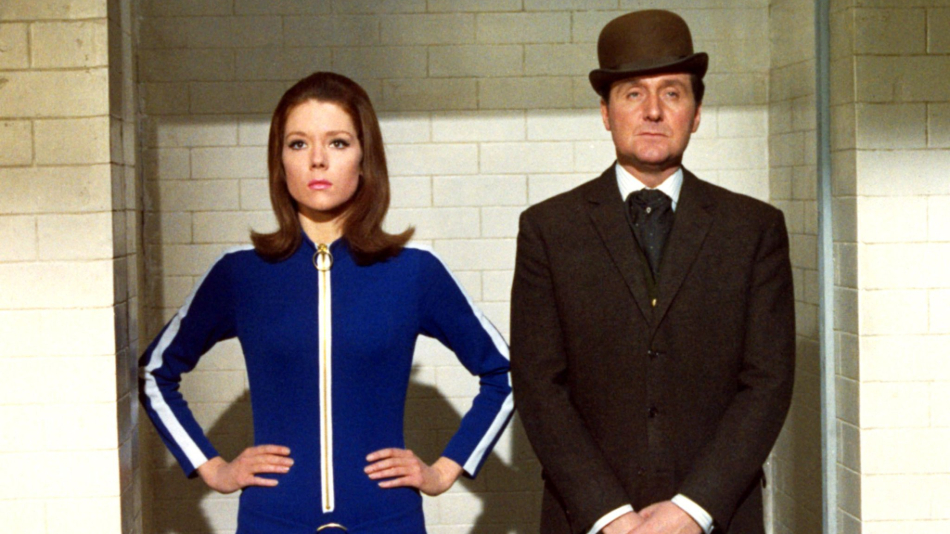 THIStory of: ‘The Avengers’

Our THIStory series takes a look at the history behind some of the most iconic franchises that air on THIS. In this installment, we’re going in-depth on those crime-fighting heroes known as The Avengers. No, not those Avengers, we’re talking about the original, British Avengers.

With the current popularity of Marvel’s Avengers, the force behind the highest-grossing movie of all time, it’s sometimes easy to forget that there was already a team of heroes on TV called The Avengers even before the superhero team assembled in the pages of Marvel Comics in 1963. These Avengers made their television debut way back in 1961 on Britain’s ITV. The series, called The Avengers, initially starred Ian Hendry as Dr. David Keel and Patrick Macnee as a mysterious man (later revealed to be a secret agent) named John Steed who, after teaming to solve the murder of Keel’s wife in the series’ pilot, formed a partnership where they investigated crimes together as amateur sleuths.

Though Dr. Keel was meant to be the protagonist of the series, John Steed stole the show, and for season two he was bumped into the lead role and Keel’s character was dropped. Steed was given a more quintessentially British gentleman persona and appearance in the new season, as he was now almost always seen dressed in dapper attire with a bowler hat and umbrella. He was also given a new partner in the form of Honor Blackman’s Cathy Gale, an anthropologist who knew how to fight and often dressed in all-black leather ensembles. Her modern attitude and sense of style contrasted with Steed’s English traditionalism, making the two quite the crime-fighting pair for the swinging sixties. The pair even released a novelty song together called “Kinky Boots.”

After starring in seasons two and three, Blackman left the series and was replaced with actress Diana Rigg as Steed’s new partner, Emma Peel. The pairing of Peel and Steed is arguably the best-known incarnation of The Avengers, thanks to the popularity of Peel. An expert martial artist who drove hip sports cars, routinely rescued her male partner, and frequently dressed in either a leather catsuit or mini skirt, Peel was the epitome of cool and served as both a fashion icon and a template for future heroines in fiction. Season 4, which was the first to star Rigg as Peel, was also the first season to be aired in the U.S. The Peel seasons were also notable for introducing more humor and more fantastical elements into the series, transforming The Avengers into a full-on spy-fi series — and must-see TV.

Rigg departed after season 5, and Linda Thorson came on board as Steed’s new young partner Tara King, a fellow special agent at his organization. The sixth season made an attempt to get back to basics after the more outlandish Rigg seasons, but the magic was gone. Season 6 proved to be The Avengers‘ last, and the series ended its run in 1969.

Despite the original series ending in 1969, the franchise remained popular. A 1976 revival series, titled The New Avengers, brought back Macnee as Steed and gave him two new partners played by Gareth Hunt and Joanna Lumley. The series lasted for two seasons. The ’70s also saw an Avengers radio show and stage show. There were a number of spinoff novels produced from the ’60s through the ’90s, as well as comics, which have been produced by various outlets with some level of consistency since 1964 (though in American comics, they are not titled as The Avengers, for obvious reasons). The most recent comic was the limited series Steed and Mrs. Peel: We’re Needed, which was released by Boom! Studios in 2014.

In 1998, The Avengers went Hollywood — and the result wasn’t great. The Avengers starred Uma Thurman as Emma Peel and Ralph Fiennes as John Steed, while Sean Connery portrayed the film’s mad scientist villain. All that sounds pretty good, but the movie failed to make back its budget at the box office, and critics dubbed it as one of the worst films ever made. Despite the film’s failure, Hollywood hasn’t given up on the property: It was announced last year that Shane Black, the guy behind films such as Lethal Weapon, Iron Man 3, and The Nice Guys, was working on a new TV adaptation of The Avengers with his longtime writing partner Fred Dekker. The series would be set in Britain in the 1960s and would feature Steed and Peel as the main characters.

Regardless of how popular those other Avengers are, there will always be room in our hearts for those Brits who avenged first.

The Avengers are on THIS! Check our schedule here to find out when to watch.