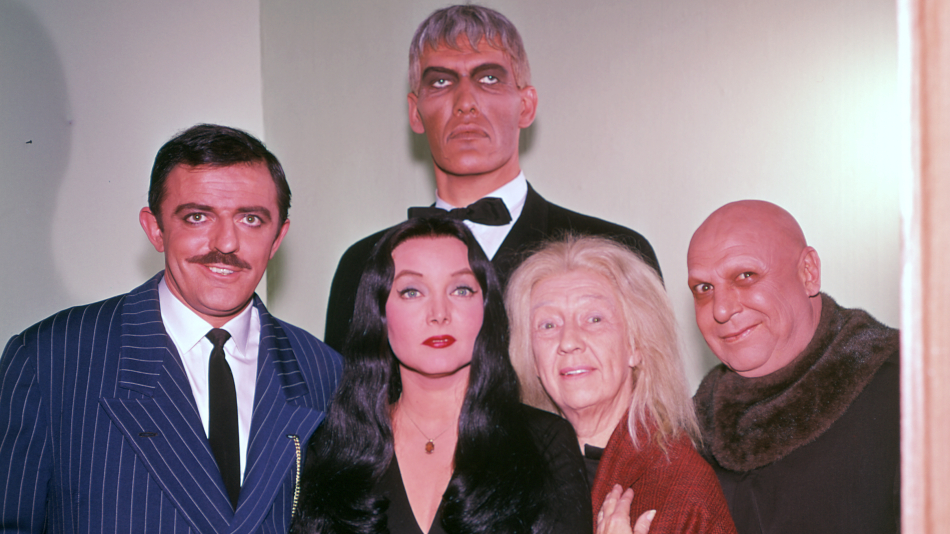 THIStory of ‘The Addams Family’

Our THIStory series takes a look at the history behind some of the most iconic franchises that air on THIS. In this installment, we’re examining the spookiest suburban family ever, the Addams Family.

They’re creepy and they’re kooky. Mysterious and spooky. One might even describe them as being altogether ooky. They are the Addams Family, and they have a long and storied family as America’s creepiest family. In fact, their story goes back even further than you probably realize.

The Addams Family first made its debut not on television, but in a comic strip. Created by cartoonist Charles Addams (no relation), the first Addams Family comic appeared in the pages of The New Yorker in 1938. The strips typically appeared as one-panel with a clever caption, in typical New Yorker cartoon fashion. Addams published them in the magazine for 50 years, until his death in 1988. Had the Addams Family never moved out of the pages of The New Yorker, it would still be an American institution, but one without much reach. Thankfully, though, no mere comic strip could contain this kooky family.

The Addams Family made the transition to the still-young medium of television in 1964 with their eponymous sitcom. Starring Carolyn Jones and John Astin as Morticia and Gomez Addams, respectively, the black and white sitcom became a pop culture sensation. The show introduced a wider audience to its titular family and offered a considerably more macabre sense of humor than other sitcoms of the time. Perhaps the most notable aspect of the original series, though, was its theme song by Vic Mizzy, which is arguably one of the most recognizable themes in TV history.

The ’60s sitcom ran for just two seasons, but it wouldn’t be long before the Addams Family returned in numerous other forms. They appeared in animated form in a 1972 episode of the series The New Scooby Doo Movies before starring in their own eponymous Saturday morning cartoon in 1973. In 1977, the original live-action cast reunited for a Halloween TV special, and that would be the last anyone heard from the Addams Family for a while.

As the 1990s began, there was tremendous nostalgia for all things ’60s and ’70s (kind of like the ’80s and ’90s nostalgia craze of today). As a result, the Addams Family were brought back into the zeitgeist, but this time on the big screen. The 1991 feature film The Addams Family starred Raul Julia, Anjelica Huston, and Christopher Lloyd, and it was a major hit, grossing over $190 million against a $30 million budget. The movie’s success spawned a spinoff animated series in 1992, as well as a theatrical live-action sequel in 1993 called Addams Family Values. While a financial flop compared to its predecessor, the sequel nonetheless earned stronger critical acclaim and is arguably the more popular of the two films today. Then in 1998, we saw the last gasp of ’90s Addams Family fever with two new projects. One was a direct-to-video live-action reboot film, Addams Family Reunion, which starred Tim Curry and Daryl Hannah as the family patriarch and matriarch, and the other was a new live-action sitcom — the first since the 1960s. Dubbed The New Addams Family, the series was not a success, and by 1999 the family had gone back into their coffins for hibernation.

In 2010, the Addams Family emerged to take on yet another medium: Broadway. The Addams Family musical starred Nathan Lane and Bebe Neuwirth in its initial run and drew numerous accolades. The musical, with a different cast, is still on a global tour as of 2020. The family also returned to theaters in 2019 with their first-ever animated feature film. The Addams Family used computer animation and styled its characters after Charles Addams’ original comics, while also boasting an impressive roster of voice talent that included Charlize Theron, Oscar Isaac, and Snoop Dogg. The film was a success, earning over $200 million globally, and a sequel is already on the way, to hit theaters in 2021.

The Addams Family is one of America’s most cherished families, and you can watch them in their original TV form on THIS TV beginning Saturday, May 2. See our schedule for details.