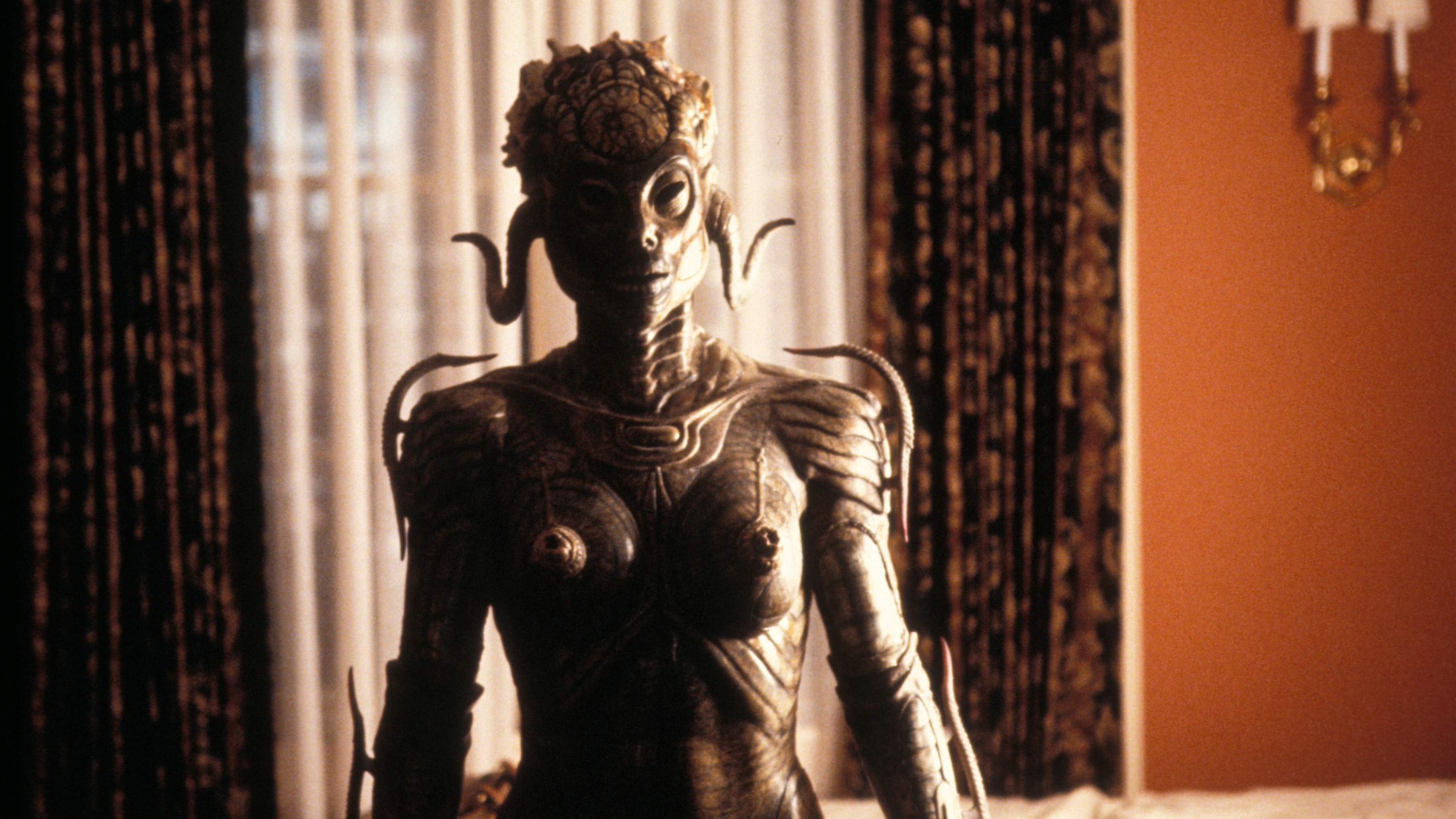 Our THIStory series takes a look at the history behind some of the most iconic franchises that air on THIS. In this installment, we’re examining Species, the ’90s sci-fi/horror blockbuster that spawned a film series.

Long before Scarlett Johansson’s 2013 indie horror film Under the Skin made movies about sexy female aliens seducing and murdering unsuspecting men en vogue, there was another film that had already blazed that trail. We’re talking, of course, about the 1995 horror/sci-fi classic Species. The film was directed by Roger Donaldson and tells the story of a group of scientists who send a signal to outer space, looking for alien life. They receive a reply containing instructions on how to create an alien lifeform. They follow the instructions, using human DNA to create a new species. The species, a beautiful human-looking woman named Sil, portrayed by Natasha Henstridge in a star-making turn, proves to be exceedingly dangerous. She escapes her captivity and goes on a killing spree while hunting for a suitable male with whom she can mate, with the ultimate goal of producing offspring that can then take over the planet.

The script was written by Dennis Feldman, the result of a years-long quest to pen a script based on in idea he got after reading an essay by famed sci-fi author Arthur C. Clarke. Clarke had declared that physical travel to Earth by extraterrestrials was highly unlikely due to the vast distances involved, so Feldman got the idea that if an alien invasion were to occur, it would have to be via interstellar communication. From there, he shifted to thinking of how this alien species would behave, and he came up with the basic idea that it would be driven by the desire to procreate above all else — just like every animal on Earth. From there it was off to the races, and Feldman penned the script to Species.

But it took more than a smart script and a new star to make Species a success. The film was also highly-reliant on its special effects, and thankfully, it had another ace-in-the-hole in that category. Sil’s terrifying alien form was designed by none other than H. R. Giger, an icon in the science-fiction realm thanks to his design of the Alien franchise’s xenomorph. After Alien, Giger’s work on Species is arguably his best-known creature creation.

All of these factors added up to a monster hit (pardon the pun). When it hit theaters in 1995, Species earned the biggest opening ever for MGM at the time, and eventually took home $113 million at a time when $100 million movies weren’t all that common (only 35 films earned such an amount that year, compared to 64 last year). Species was so successful, in fact, that it spawned an entire film series. Species II, which featured Henstridge as Eve, a clone of Sil, arrived in theaters in 1998. It underperformed compared to its predecessor, but still did not mark the end of the franchise. Species III arrived in 2004 as a television film on Syfy, and featured a cameo appearance by Henstridge as Eve. Three years later in 2007, Species: The Awakening also premiered on Syfy. The film, which is the first in the series to not feature Henstridge in any capacity, currently stands as the final Species film.

Even if the Species franchise never does continue, its legacy is cemented. From its memorable creature design to its ’90s bombshell star to its impact on our culture (it’s been theorized that the first sighting of the legendary creature the chupacabra was influenced by the film), Species will always be with us.

You can catch the first three Species films this week on THIS. Check our schedule here for more details.