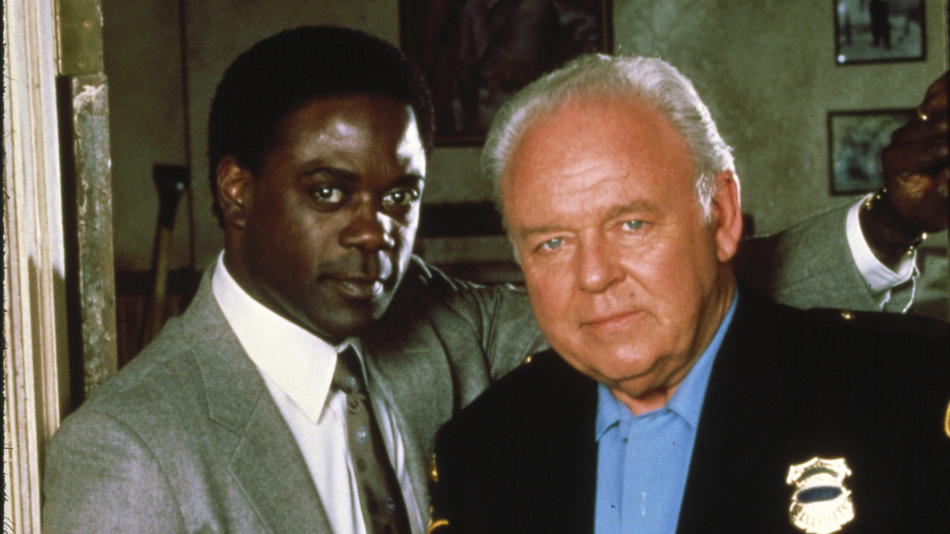 THIStory of: ‘In the Heat of the Night’

Our THIStory series takes a look at the history behind some of the most iconic franchises that air on THIS. In this installment, we’re examining In the Heat of the Night, one of the most culturally important series of its day.

When it comes to franchises, In the Heat of the Night isn’t exactly sprawling in terms of the amount of its content — it consists of just three films and a TV series. But its impact has been enormous. The original film, 1967’s In the Heat of the Night, is regarded as a cultural touchstone. Based on the 1965 novel of the same name by John Ball, the film won five Academy Awards, including Best Picture, and has been selected for preservation by The Library of Congress. But the film’s effect on American culture is even more noteworthy than those prestigious accolades.

The film, a murder mystery, tells the story of Virgil Tibbs (Sidney Poitier), a black police detective from Philadelphia who gets arrested on suspicion of murder during a stopover in small-town Sparta, Mississippi by racist Police Chief Gillespie. Gillespie soon learns that Tibbs is not only innocent, but a homicide detective, and the Philadelphian ends up being roped into helping Gillespie investigate the very murder he was initially suspected of. The two dislike each other immensely, largely due to the racism of Gillespie and the rest of the local police department, but they eventually begin to respect each other after working together on the case. Gillespie reforms his racist ways and becomes a friend to Tibbs, and the pair eventually solve the murder.

The film was a critical and commercial hit, and its portrayal of race relations — with the black character being far more competent and accomplished than his white counterpart — was considered revolutionary. It spawned two big screen sequels starring Poitier: 1970’s They Call Me Mr. Tibbs!, named for In the Heat of the Night‘s most memorable line, and 1971’s The Organization. Then, in 1988, the TV series In the Heat of the Night premiered.

The series was meant to be a sequel to the original film, taking place some years later. Tibbs, now played by Howard Rollins, returns to Sparta, where he again crosses paths with Chief Gillespie, portrayed this time around by All in the Family‘s Carroll O’Connor. Tibbs decides to stay in Mississippi, and he and Gillespie become a crime-solving duo, taking on a new case every week and dealing with many controversial issues of the day — just as the original film did two decades earlier. The series lasted for seven seasons, followed by a contracted eighth season consisting of four made-for-TV movies before ending its run for good in 1995. The series was a strong ratings-earner, landing in the top-50 for its entire run and the top-20 for each of its first three seasons. It also racked up some awards, with O’Connor picking up and Emmy and both Rollins and the series itself winning NAACP Image Awards.

For three decades, the In the Heat of the Night brand was synonymous with police procedural content that challenged its audience’s viewpoints and prejudices. And while the franchise has been dormant for some time, that doesn’t mean it’s gone away. You can watch In the Heat of the Night, the series, every weeknight on THIS, and you can also catch They Call Me Mr. Tibbs! on Wednesday, Nov. 27. Take a look at our schedule here for exact times in your area.