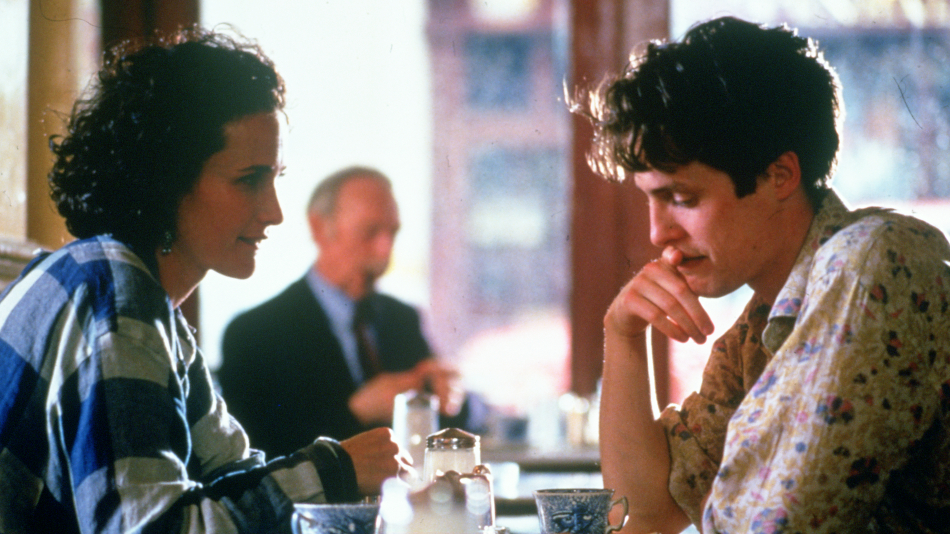 For some reason, the ’90s was the peak era for romantic-comedies. Whether it was because of the roaring economy, the dawn of the internet age, or the sitcom-loving culture, people just couldn’t get enough of watching two Gen-Xers hilariously fall in love on the big screen during the decade. There are a ton of ’90s rom-coms, but which of them represent the decade the best? What ’90s rom-coms featured the most ’90s fashion, ’90s stars, and ’90s culture? In other words, which ’90s rom-coms were the ’90s-ist? We’ve come up with six that really get jiggy with it, so take a look below before your next trip to Blockbuster.

Has there ever been a more ’90s rom-com than Clueless? As if! From the slang to the fashion to the giant cell phones, everything about Clueless just screams mid-’90s. Anyone who watches even 30 seconds of this movie should instantly be able to tell in which decade it was created.

Hugh Grant and Julia Roberts are arguably the two biggest rom-com stars of the ’90s, so naturally, their joining forces in this film added up to some kind of super-’90s rom-com. Big smile + shy smile = ’90s rom-com magic.

Clueless may have done a good job at depicting ’90s high school in ritzy Beverly Hills, but this movie did a good job of showing off teenage Generation X culture in a more relatable neighborhood. The romance between a teacher and student is definitely icky, even if she’s actually an undercover adult reporter, but that carefree ignorance of a social faux pas is part of what makes this such a ’90s movie — well, that and all the grunge fashion.

Online dating is basically the norm today, but it was a very new concept in the ’90s. The idea of meeting online was such a novelty that it provided the entire basis for the plot of this film, which showcases a romance that was born on AOL (if you were born after 1995, ask your parents what those letters stand for).

Gen-Xers were known for their cynical nihilism in the ’90s, and this high school rom-com takes that attitude and runs with it… until reaching the usual sappy rom-com conclusion. Meh, it was whatever while it lasted.

6. Four Weddings and a Funeral

You can’t put together a romantic comedies list without a British rom-com, as nobody does the genre quite like the Brits. This lauded effort is the country’s most ’90s example, complete with the requisite wacky plotline, hit theme song that’s a cover of a Boomer-era song, and of course, Hugh Grant.