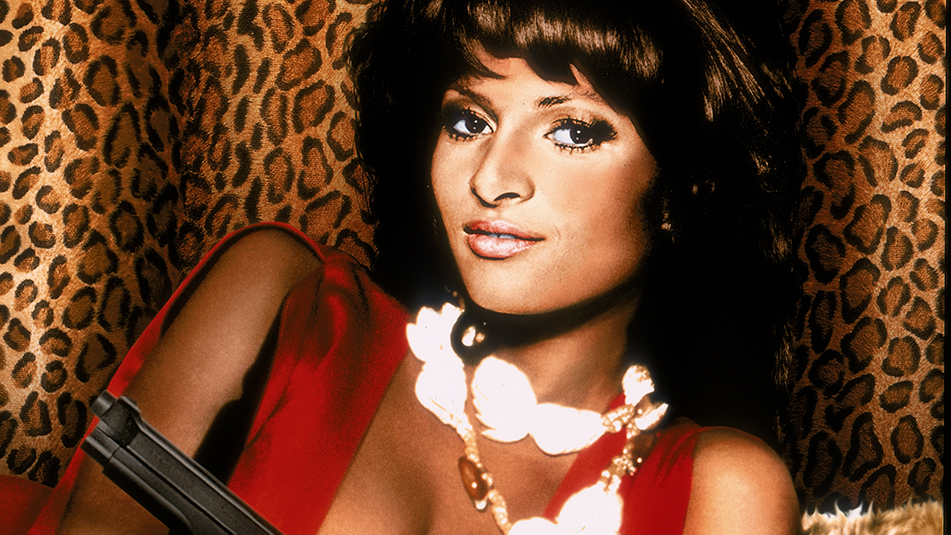 When it comes to actresses, few if any can compare to the legendary Pam Grier when it comes to coolness. The star who first burst onto the scene in the 1970s epitomized the style and attitude of the era, and the ensuing decades definitely did little to diminish her standing as Hollywood’s Queen of Cool. But which of Pam Grier’s roles rank as her — for lack of a better word — grooviest? Take a look below for our picks, and try not to catch hypothermia from the extreme coolness on display.

Arguably the best known of Grier’s many ’70s blaxploitation films, Foxy Brown is about an everyday woman who is pushed to the edge after her boyfriend is murdered by a villainous drug ring. In seeking her revenge, Foxy ends up taking down the entire gang — and looks good doing it.

Released before Foxy Brown, Coffy set the template for what would become the typical Grier film about a fed-up, badass woman who seeks revenge on those who’ve wronged her. In Coffy, she plays a nurse who takes on the entire criminal underground of her city, cleaning up the drugs, prostitution, and corruption that have taken hold… by whatever means necessary.

Based on the newspaper comic strip of the same name, Friday Foster shows a slightly less volatile version of the Grier-archetype, but she’s no less cool. As a model-turned-photographer, Friday uses her brains and her professional skills to uncover a political conspiracy.

A bit less of an exploitation film than Foxy Brown or Coffy, Sheba, Baby puts Grier in the driver’s seat like never before. While Grier always ended up in a position of power in her films, Sheba actually starts out in one as a private eye. From there, she uses her signature coolness and badassery to solve any case that comes her way.

By the time the ’90s had rolled around, Grier’s ’70s heyday had long become a distant memory. That is until Quentin Tarantino wrote this film specifically for her. As the lead character in this heist film, Jackie Brown combined all of Grier’s coolest qualities from the ’70s, but with an added modern sensibility. It resulted in the first — and so far only — Golden Globe nomination of Grier’s career.