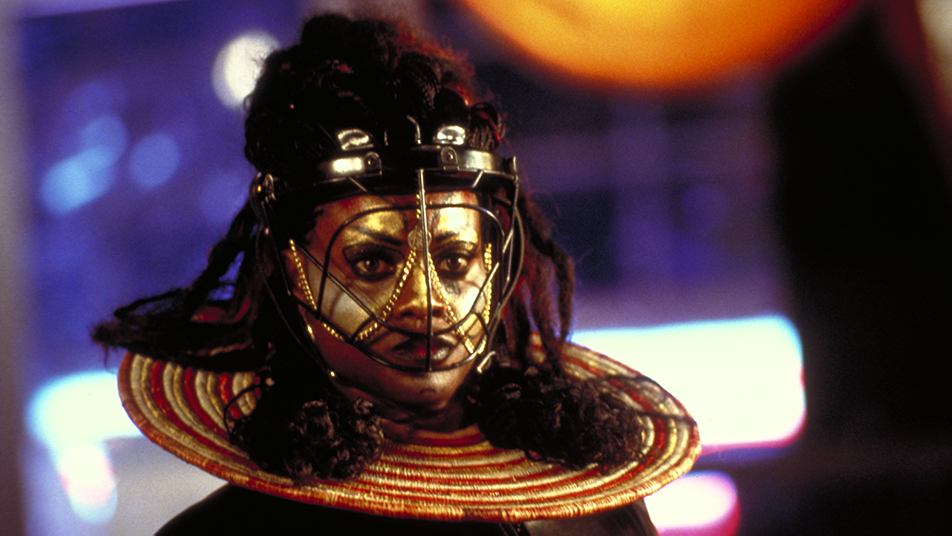 The Five Most Outrageous Fake Sports From Movies

In the world of movies, there are no limits when it comes to sports. Thanks to special effects and imaginative writing, the athletics of cinema aren’t restricted to the familiar suspects of basketball, football, and baseball. Movie sports come in all shapes and sizes, and a few of them stand out as truly bizarre. But which are the absolute craziest? Take a look below to see our picks for the five most outrageous fake sports from movies.

Half-baseball, half-basketball, all-stupid. That pretty much sums up the titular game from this movie by South Park creators Trey Parker and Matt Stone, which is unique on this list in that it could pretty easily become an actual sport as no death or magic is involved (though there is plenty of trash-talking).

The Game from The Blood of Heroes

In this ’80s Australian movie, a brutal game is played by two teams of armored players called Juggers who attempt to place a ball on the opposing team’s goal. “Sounds like football,” you’re probably thinking. And it does! Except in this game, the ball is a dog’s skull and the players use deadly weapons to try to keep their opponents from scoring.

Quidditch has become so ingrained in popular culture that it may not seem that crazy, but try stepping back and looking at it with fresh eyes. This is a game in which children fly around at great speed hundreds of feet in the air with zero protection, and it’s a full-contact sport. If you think football is a controversial sport for kids to play, just imagine if your kid’s school offered quidditch.

The aptly-named sport from this 1998 TV movie is so goofily futuristic in both its execution and concept. Players ride on hoverboards while attempting to throw a ball through a goal/hoop, and the ball can electrify them if they hold onto it for too long. Oh, and the game itself is played between nations as a replacement for war. Welcome to the future… of 2025, which is when the movie takes place.

Probably the most notorious of the fake movie sports, rollerball has been portrayed in two films: The 1975 original, and a 2002 reboot. In both versions, the game is played by teams in a metal cage who compete on both rollerblades and motorcycles to try and throw a metal ball through the opposing team’s goal. As you can imagine, the combination of motorcycles and rollerbladers leads to a ton of violence and death, as rollerball is easily the most gruesome sport on this list.

You can bask in the absurd brutality of the 2002 version of Rollerball on Sunday, February 17 at 2 pm/1 C on THIS.