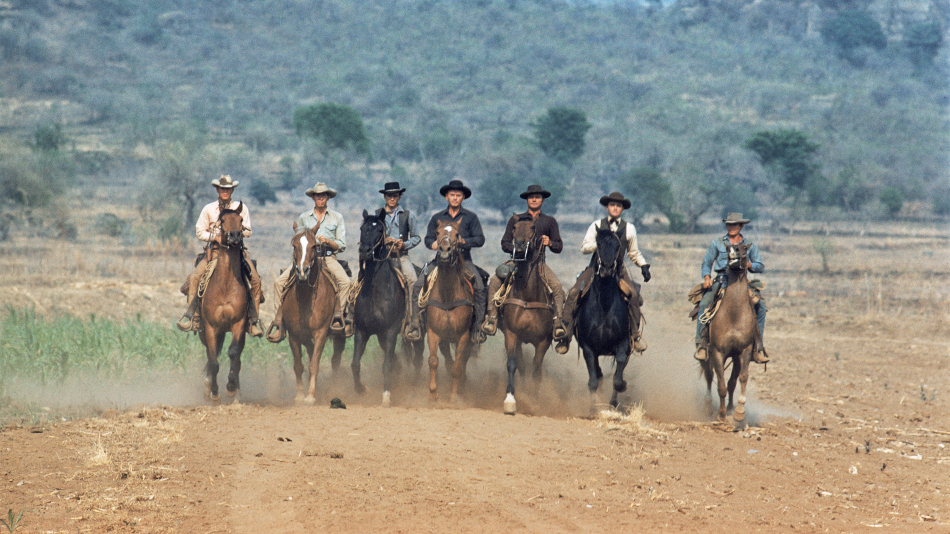 There are a lot of factors that go into making a good Western movie. You’ve got to have great Western actors, convincing Wild West sets (sprawling vistas don’t hurt, either), plenty of horses, and a script that centers on revenge, honor, and frontier society. You also need to have some music that sets the mood — something that is a key feature of many of the greatest Westerns ever made. Below, we’ve made our picks for the five most iconic Western movie theme songs, and it goes without saying that each of these dusty tunes made their movies infinitely more memorable.

The theme song to this all-time great Western from 1960 is arguably the catchiest number on this list, and its upbeat melodies will have you rearing to saddle up the nearest horse.

The most memorable composition by the mastermind of Spaghetti Western scores is an icon not just of Western cinema, but of American pop culture. Just think how many times you’ve heard this song outside the context of this Clint Eastwood movie.

3. “The Ballad of High Noon” by Dimitri Tiomkin and Ned Washington

High Noon is regarded as one of the best Westerns ever made, and its theme isn’t too shabby, either. The ballad became a pop hit for two different singers (Tex Ritter and Frankie Laine) in 1952, ensuring its status as one of the all-time best Western movie songs.

It’s impossible not to envision a dusty-trailed cattle drive on the open frontier when listening to this song. The movie itself may not be as iconic as the others on this list, but its theme sure is.

5. “Man with a Harmonica” by Ennio Morricone

Another Morricone composition, this haunting track from 1968’s Once Upon a Time in the West lets the listener know that some serious business is about to go down.

Bust out your harmonica for The Magnificent Seven and The Good, the Bad, and the Ugly airing back-to-back on Thursday, August 20 starting at 12:30 pm/9:30 am PST on THIS.