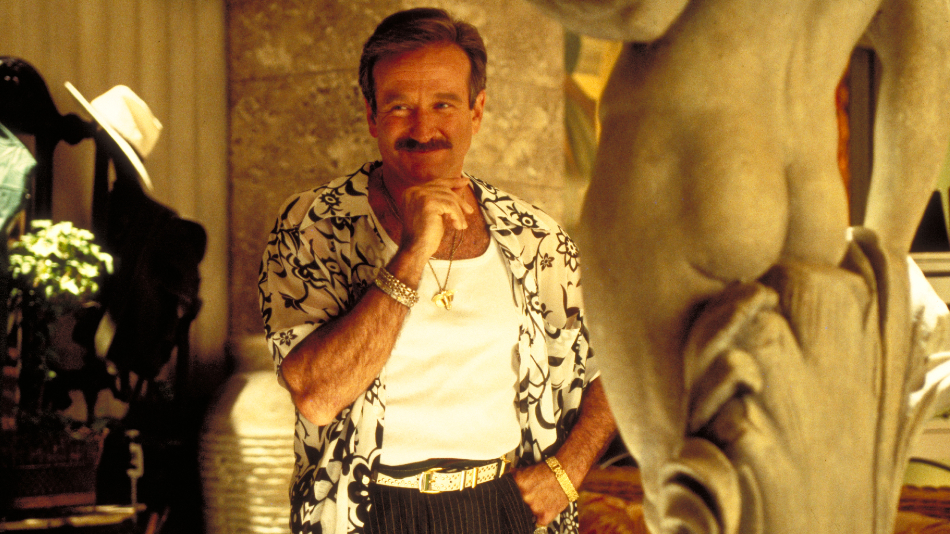 It’s hard to believe, but this month marks six years since Robin Williams passed away on August 11, 2014. One of the most gifted comic actors to ever grace the big screen, Williams’ manic presence is greatly missed. Thankfully, fans are still able to watch the work of the late actor, and even though he’s gone, the funniest films of Robin Williams are still able to bring joy and laughter into your life. Especially the five movies listed below.

1. Moscow on the Hudson

In this cute and charming fish-out-of-water story, Williams stars as a Russian circus performer who defects to the U.S. after a trip to New York City. The humor is very Cold War-centric, but Williams’ endearing performance keeps it relatable even today.

Williams earned the first of his five Oscar nominations for his role in this 1987 comedy about a radio DJ in the Vietnam War. Though the film is, like much of Williams’ work, partly dramatic, there are still plenty of laughs to be had — thanks to the star’s mostly improvised radio dialogue.

Williams entered the realm of box office sensation with his iconic role as the Genie in this animated classic. The role allowed the actor to utilize as many wild voices and impressions as he could muster — after all, genies can do anything — and the result was a kids movie that’s plenty funny for adults, too.

One of Williams’ biggest hits was this ’90s comedy about a divorcé who poses as an elderly female nanny in order to spend time with his children. Although the story at the heart of the film is pretty sad stuff, the humor is top-notch, with Williams’ physical comedy, clever jokes, and transformative performance adding up to a comedy classic.

Another stellar ’90s comedy where Williams is forced to pretend to be someone he isn’t, this film sees him star as a gay man who must act straight to avoid alienating the conservative parents of his son’s fiancée. Complicating matters is his partner, played by Nathan Lane, who has just a *bit* of trouble trying to pass for straight. It’s a rare film where Williams is allowed to play the straight man — no pun intended — and he’s great at it.

Catch the late Robin Williams at his absolute funniest in The Birdcage, airing Wednesday, August 5 at 10 pm/7 PST on THIS.