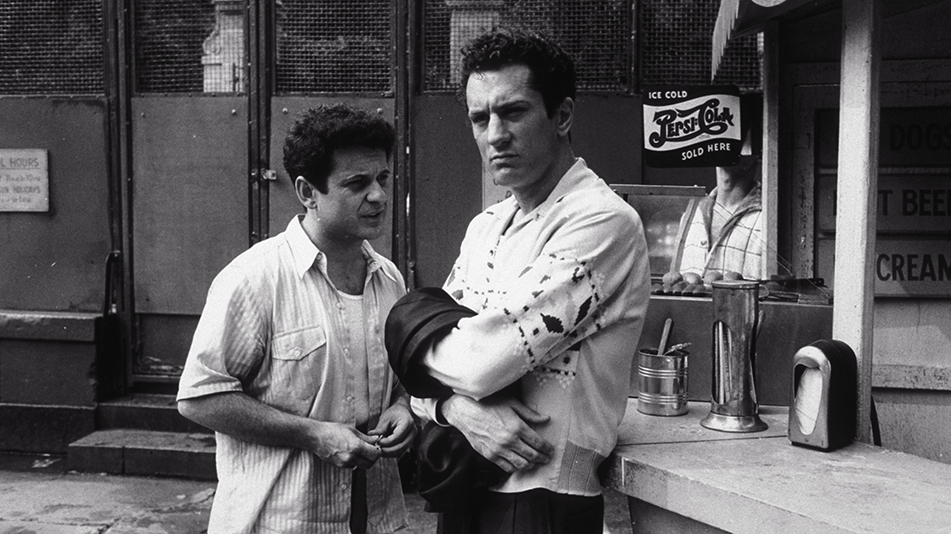 The Best Martin Scorsese Movie from Every Decade

Martin Scorsese is up for the Academy Award for Best Director this year for his work on The Irishman, which marks the ninth time he’s been nominated for the award. And since the ceremony is taking place in 2020, this also marks the fifth consecutive decade in which Scorsese has earned a nomination for Best Director — a remarkable feat. But the 77-year-old director has been making movies for even longer than five decades, which got us thinking: What’s the best Martin Scorsese movie from every decade? Take a look below to see our picks, from his career beginnings in the 1960s up through the present day.

This was the easiest choice to make, as it’s the only feature film Scorsese made in the decade. The film premiered just two days before the director’s 25th birthday, yet you’d never know it came from such a young mind. What would become Scorsese’s frequent themes of Catholic guilt, New York City, and the Italian-American experience are all already present in the film, as is his frequent collaborator Harvey Keitel, who most recently appeared in The Irishman.

Since being released in 1976, this Oscar-nominated film remains one of the most recognizable for both Scorsese and star Robert De Niro. Its tale of a New York taxi driver who becomes a murderous vigilante remains relevant and influential even today, and provided one of the main inspirations behind another 2020 Oscar-nominated film, Joker.

Many regard this boxing drama from 1980 to be Scorsese’s best film, and you can’t really blame them. De Niro plays boxer Jake LaMotta in this real-life tale, while Joe Pesci — in his first collaboration with Scorsese — nearly steals the show with his portrayal of LaMotta’s hotheaded little brother, Joey. It marked the first team-up for the two actors under Scorsese, but it wouldn’t be the last.

Outside of Raging Bull, this is the film that is probably most often considered to be Scorsese’s finest. Reuniting De Niro and Pesci, and with an impressive lead performance from Ray Liotta, the film’s retelling of Hank Hill’s actual history with the mob is the definitive dramatic depiction of American organized crime in the twentieth century.

Is this 2006 drama as good as Raging Bull or Goodfellas? Probably not, but it was still good enough to earn Scorsese his first — and so far only — Oscar win for Best Director. A remake of a Hong Kong film called Infernal Affairs, the movie documents the twists and turns that ensue when a cop (Leonardo DiCaprio) infiltrates the mob and a mobster (Matt Damon) infiltrates the police.

The fourth of five collaborations between Scorsese and DiCaprio (so far), this dark horse may not have gotten the same accolades as some of Scorsese’s other efforts from the decade (Hugo, The Wolf of Wall Street, and The Irishman all received Oscar nominations for Best Picture and Best Director), but it shouldn’t be discounted. A Scorsese movie that doesn’t feel like a Scorsese movie, this noir thriller with the twist ending shows off the director’s range while also providing a seriously engaging and entertaining experience for the audience.

Although his resume is already one of the greatest ever, Scorsese shows no signs of slowing down. He already has two films in the works for the new decade: Roosevelt, a biopic about President Theodore Roosevelt with DiCaprio set to star, and Killers of the Flower Moon, a crime drama that will finally unite the director with both De Niro and DiCaprio in the same film. And while you’re waiting to see what’s next from Scorsese, why not relive his glorious past by tuning in to Raging Bull, airing Feb. 13 at 10:30 pm/9:30 C on THIS.