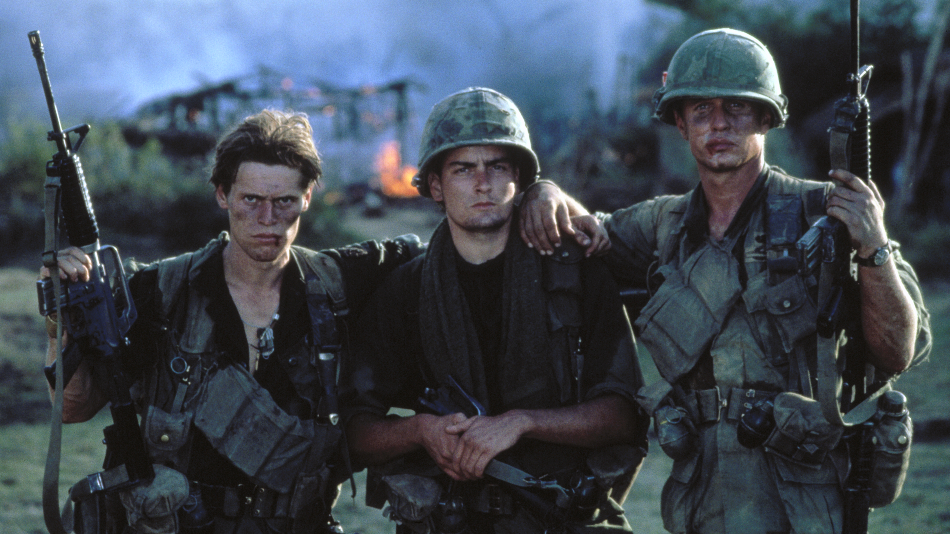 Let’s face it, when it comes to war movies, World War II films get all the glory. We get it, it makes sense. After all, the conflict was the last “noble war” with clear-cut good guys and bad guys. But does that necessarily make it the best setting for a war movie? Maybe not. America’s most controversial war, the Vietnam War, has a pretty strong record when it comes to Hollywood adaptations, too. In fact, we’d argue that it’s because the war is so contentious that filmmakers have been able to mine such tremendous and thought-provoking stories out of it. Take a look below at the 9 best Vietnam War movies to see what we mean.

Ronald Williams blends his unique manic brand of comedy with pathos in this acclaimed 1987 comedy-drama about a radio DJ whose broadcasts to American soldiers during the war ruffle more than a few feathers.

Francis Ford Coppola’s modern adaptation of the 19th century novella Heart of Darkness moves the story from the African jungle to Vietnam, where an American soldier (Martin Sheen) is sent on a mission to locate and assassinate a U.S. Army officer (Marlon Brando) who has gone insane during the war.

One of the better films at depicting the horrors of the war — and one of the first to deal with Vietnam’s legacy of PTSD — this 1978 classic follows three best friends who serve in Vietnam, are captured, and then spend the rest of their lives dealing with the fallout of their ordeal.

One of the lesser-known movies on this list, this 2006 drama stars Christian Bale as real-life Vietnam War veteran Dieter Dengler, who was shot down over enemy territory and spent six months as a POW before becoming the first American airman to escape from Viet Cong imprisonment.

Considered by many to be the definitive portrait of the U.S. Marines at the movies, this Stanley Kubrick film is one of the hardest-hitting entries on the list, with the horrors of war and the toll it takes on young soldiers being the biggest takeaways.

Forrest Gump obviously isn’t just a Vietnam movie. It’s a story that covers a wide swath of American culture from the 1950s through the 1980s. But Vietnam accounted for a big chunk of that time period, and Forrest’s (Tom Hanks) service during the war undoubtedly forms the backbone of this sprawling classic.

The newest entry on this list, having been released just this year, this acclaimed Spike Lee film is unique in that it offers a view of the Vietnam War through a distinctly black lens. The movie follows four black Vietnam vets as they return to the country in the present day to search for the remains of their squad leader and the treasure they buried together during the war.

8. Born on the Fourth of July

The first of two Oliver Stone movies on this list, this 1989 drama stars Tom Cruise as Ron Kovic, a real-life Vietnam veteran who became a leading anti-war activist due to his experiences during the war, one of which was becoming paralyzed from the chest down.

Another Stone film, this 1986 release was based on the director’s own experiences as a soldier during the war. It follows an idealistic young soldier (Charlie Sheen, following in his father’s footsteps) who is sent to Vietnam where he quickly learns that war isn’t all it’s cracked up to be.

Tune into THIS on Thursday, November 3 for Platoon, airing at 8 pm/5 PST.