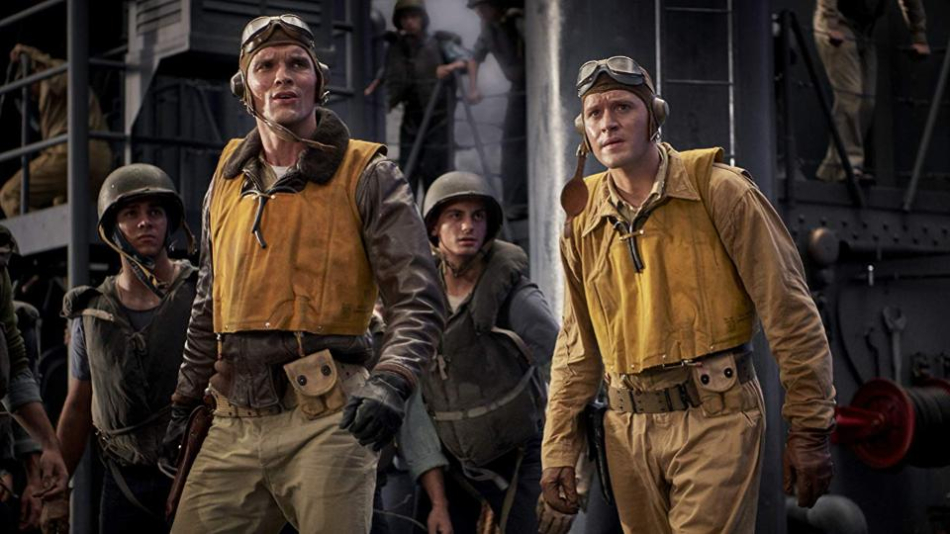 Over Veterans Day weekend, the new WWII movie Midway was the number one film at the box office — this despite the film depicting a battle that took place nearly 80 years ago. That’s because WWII movies will always be relevant. The war was so big and so encompassing, its atrocities so horrific and unbelievable, that the public will never be able to stop fascinating over it. There have been hundreds of WWII movies made over the years, and while they all offer something different, they can mostly be put into eight categories. So read on to discover the eight types of World War II movies, according to THIS.

This is, by far, the most common category for WWII movies. Nothing fancy here, just a straight-up, old-fashioned picture about soldiers getting down to the business of war. Often, but not always, the focus will be on a specific mission or battle.

Examples: The Dirty Dozen, Force 10 from Navarone, The Devil’s Brigade

In these movies, bigger is better. Giant special effects-filled battles, a massive cast of stars, a booming score, and if you’re feeling really crazy, a love story thrown into the middle of it all.

Not content with depicting the actual horrors of war, these movies introduce fantastical elements like superheroes, zombies, and aliens to go along with the usual Nazi villains.

Many WWII films have drawn critical acclaim, and some of them seem as if they were tailormade to appeal to voters of the Academy of Motion Picture Arts & Sciences. These movies typically have top directors, prestigious actors, and often focus on the more realistic horrors of war and moral gray areas.

Nearly all WWII movies are inspired by at least some factual events, but the films in this category really focus on retelling a single historical event with as much accuracy as possible (or, at least as much as deemed profitable). This includes biopics, as well.

These movies exist for one reason only: to get that red American blood pumping. These patriotic films are meant to make you feel a swell of pride for your country, and as such, they generally tend to leave out the more horrific aspects of war. Many of them were even made during the war, doubling as propaganda.

Examples: This Is the Army, Patton, Sands of Iwo Jima

These films change history to suit their own narrative. Sometimes this results in a world where the Nazis won the war, while other times it means Hitler was killed in dramatic fashion. What these films have in common is that they reinvent the events of the war to create something new.

These movies take place during WWII, but they aren’t necessarily about the war. In many cases, they don’t even feature any battles. Instead, they’re about the way the war affected the lives of everyday people.

Examples: Casablanca, The Pianist, From Here to Eternity

If you’re like everyone else and can’t get enough WWII content, then be sure and tune into THIS on Wednesday, Nov. 20 as we’re showing Force 10 from Navarone, A Bridge Too Far, and The Devil’s Brigade. Check here for your local listings.