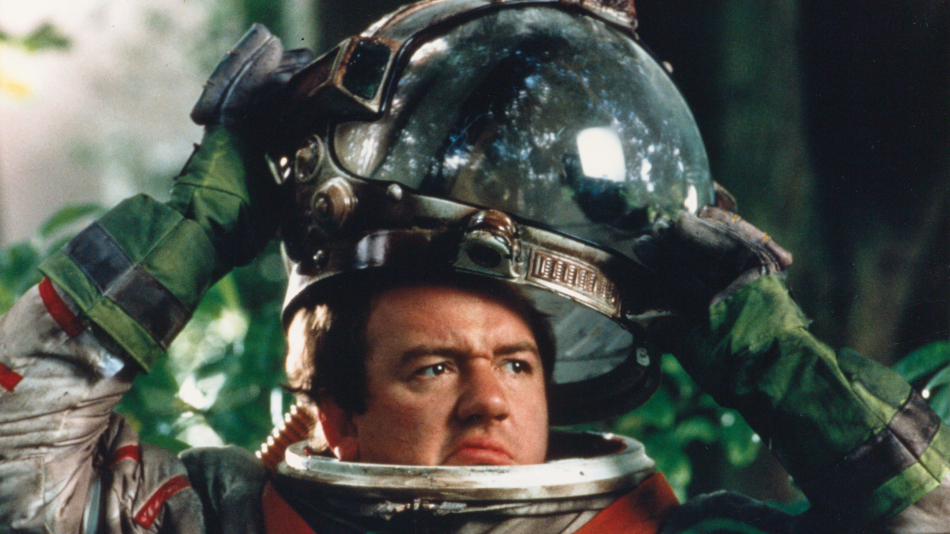 The 7 Dumbest Aliens in Movie History

A wise man once said that there are more types of aliens in movies than there are stars in the night sky. OK, you got us, no one ever said that. But there is an astounding variety of extraterrestrials populating the movie universe. There are friendly aliens like E.T., terrifying aliens like Xenomorphs, and even clown aliens like in Killer Klowns from Outer Space. Most of these aliens are pretty smart since, you know, they’re usually advanced enough to engage in interstellar travel. But not all movie aliens are so bright. A handful of cinematic spacemen are downright dumb, and we’ve put together a list of the all-time most braindead below.

The Independence Day aliens are pretty scary throughout most of the film… until the end, that is. You see, despite possessing incredible weaponry and planet-conquering abilities, these nasties were able to be defeated by a computer virus that, as far as we can tell, was created using Windows 95. Come on, aliens, humans were advanced enough to defeat those types of viruses by, like, 1998 at the latest.

2. The Morons from Outer Space

The title says it all in this film. A group of space idiots accidentally crashland on Earth and subsequently become celebrities. The fact that the morons were able to find such great success on Earth despite their complete lack of intelligence probably says more about us as a species than it does about them, unfortunately.

Like their Independence Day brethren, these aliens spend a lot of time being scary and intimidating before their ultimate weakness is revealed. In this case, the aliens are defeated by water. You know, that substance that covers the vast majority of Earth’s surface? Why would these aliens want to conquer a world that’s almost entirely toxic to them? You don’t see us trying to conquer Venus. Way to think it through, Signs aliens.

4. Taserface from Guardians of the Galaxy: Volume Two

Taserface thinks he’s tough and cool, but as Rocket Raccoon points out many times throughout this film, he has the dumbest name imaginable. Combine that stupid name with a personality that’s even dumber, and you’ll see why Taserface made this list.

5. The Monstars from Space Jam

Brawn does not equal brains, as these basketball-playing alien thieves proved. The Monstars may be pretty menacing, but they’re not very bright, and are easily outsmarted by a bunch of cartoon characters.

OK, so these aliens shouldn’t be expected to know everything about Earth-living, but they consistently show less intuition than an infant. It’s no wonder they failed in their original mission to conquer the planet. Heck, we’re surprised they were even able to survive a week on our planet given their gross stupidity.

7. That One Stormtrooper Who Hit His Head in Star Wars

You had one job, Stormtrooper! It’s pretty hard to take you seriously as a henchman when you can’t even walk through a doorway properly.

For a dose of otherworldly stupidity, tune into Morons from Outer Space on THIS. Airing Tuesday, April 14 at 10 pm/9 C.