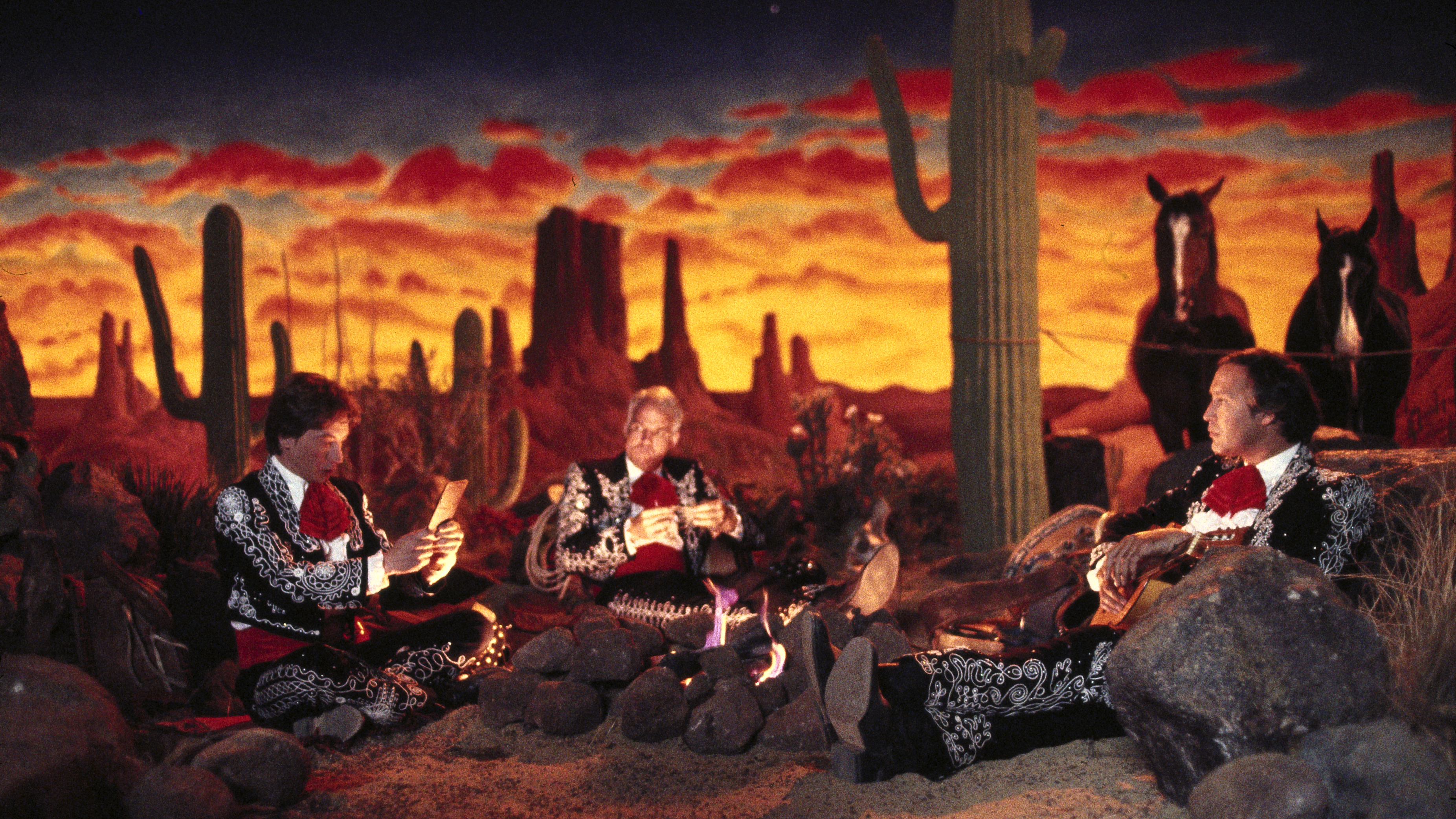 The 7 Funniest Westerns, from ‘Three Amigos’ to ‘Blazing Saddles’

Westerns are often serious affairs. The lone gunslinger looking to amend for past misdeeds. The desperate town in need of a savior. The lawlessness and moral ambiguity that stretches out further than the horizon of the western frontier. Cowboy movies are typically pretty heavy, but they don’t have to be. There have been a number of intentionally funny Western movies over the years, but which are capable of wrangling the most laughs? Take a look below to discover THIS’s picks for the six funniest Westerns of all time.

7. Back to the Future Part III

The conclusion to this legendary trilogy may not be as fondly remembered as its two predecessors, but don’t sleep on Doc and Marty’s adventures in the Old West. The third Back to the Future film is just as funny as the other two, and the cowboy shenanigans add some fun and unexpected gags to the familiar time-travel formula.

Released nearly two decades ago, this Owen Wilson and Jackie Chan team-up is rarely talked about anymore, and that’s a shame. The pair have great chemistry, taking the Rush Hour formula Chan found with Chris Tucker and moving the action to the Wild West for a nice change of pace. Some of the jokes may be a bit half-baked, but the film still packs in enough laughs to make for a charming comedy Western.

James Garner was never funnier than in this film, where he utilized his leading man presence and macho persona to ultimate effect by effectively turning it on its head. This Western parody is a straight-up better Western than many of the films it lampoons, and it’s funny as heck to boot.

Billy Crystal may get top-billing in this film as a 39-year-old urbanite who embarks on a cattle-driving getaway in an attempt to find some meaning in his life, but it’s septuagenarian Jack Palance who steals the show as a tough-as-nails cowboy who ends up hiding some pearls of wisdom beneath his gruff exterior. Palance even won an Oscar for the role; a rare feat for any comedy, Western or not.

Probably the most misunderstood film of Will Ferrell’s storied career, Casa de mi Padre is not your typical comedy. There are very few outright jokes, almost all of the dialogue is in Spanish, and its storyline is run-of-the-mill Western fare as Ferrell plays a Mexican ranch hand who must protect his family’s ranch from an evil gang. But the film is also an over-the-top parody of Mexican telenovelas, and Ferrell plays it completely straight — while speaking entirely in Spanish, no less. The comedy comes from how seriously Ferrell and company take the film, and they manage to pull off one of the most slyly funny Western comedies ever in the process.

The plot of this film is pure gold: A trio of TV vaqueros are mistaken for actual heroes by the residents of a Mexican village, who enlist the hapless actors’ help against a real-life vicious gang. Add in comedy royalty to play the three amigos in the form of Steve Martin, Chevy Chase, and Martin Short, and you end up with the recipe for one of the funniest Westerns ever.

What can be said about this classic that hasn’t been said already? Arguably Mel Brooks’ best film, Blazing Saddles is the first film most people think of when they hear the term “Western comedy.” The movie about a new black sheriff in a corrupt and racist all-white Old West town may not have invented the Western comedy genre, but it sure defined it.

THIS is bringing the laughs to the Wild West with Three Amigos on Tuesday, Dec. 10. Check here for times in your area.