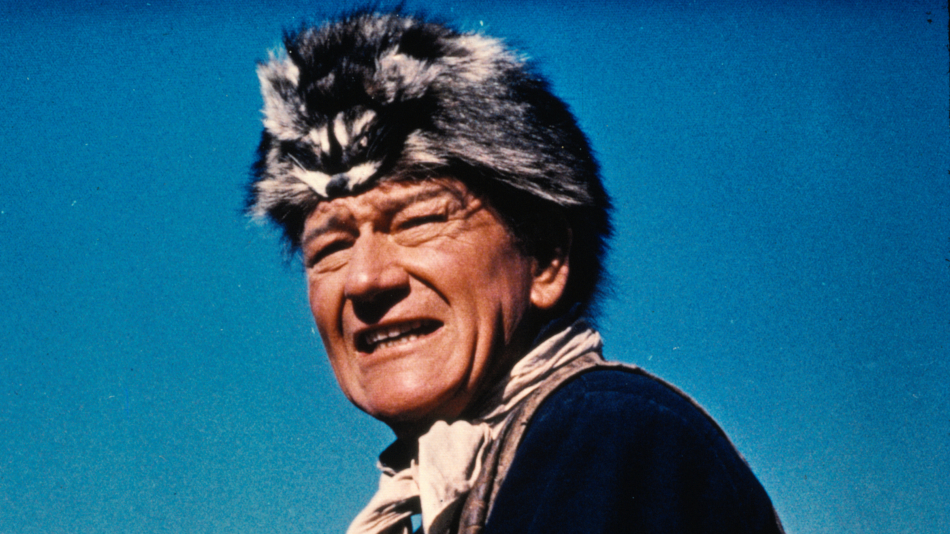 When most people think of John Wayne, they inevitably think of his many Westerns. Wayne is arguably the most iconic movie cowboy of all time, with memorable performances in films such as True Grit, Stagecoach, The Searchers, Rio Bravo, The Man Who Shot Liberty Valance, and countless others. But over the course of his decades-spanning career, John Wayne appeared in a number of non-Western movies, too. And some of them were pretty darn good. Specifically, the five listed below that we consider the best John Wayne movies that aren’t Westerns.

An epic war movie about the titular famous Texas battle, Wayne portrays American pioneer folk hero Davy Crockett in one of his most memorable performances. Wayne adds a good deal of toughness to the role, further increasing the legend of Crockett’s already larger-than-life persona.

War movies are probably John Wayne’s most frequent genre after Westerns, and this is a great one. This 1949 WWII story about a group of U.S. Marines preparing for the Battle of Iwo Jima earned four Oscar nominations, including the first Best Actor nomination of Wayne’s career.

3. The High and the Mighty

In this influential disaster film from 1954, Wayne portrays a former airline pilot who comes to the rescue after a flight encounters numerous deadly problems, including an engine fire and a gun-wielding passenger. Consider this the prototype for all airplane disaster movies that followed.

Winner of two Oscars for Best Cinematography and Best Special Effects, this 1962 film about the D-Day Normandy invasion is the definition of epic. Joining Wayne in the film are a number of stars of the day, including Henry Fonda, Richard Burton, Robert Mitchum, and Sean Connery, but The Duke manages to upstage them all.

Now here’s something you don’t see every day: a John Wayne rom-com! Another double Oscar-winner (Best Director for John Ford and Best Cinematography), Wayne shows considerable chemistry with his frequent co-star Maureen O’Hara as he portrays an Irish-American boxer who returns to his homeland and becomes involved in a starcrossed romance.