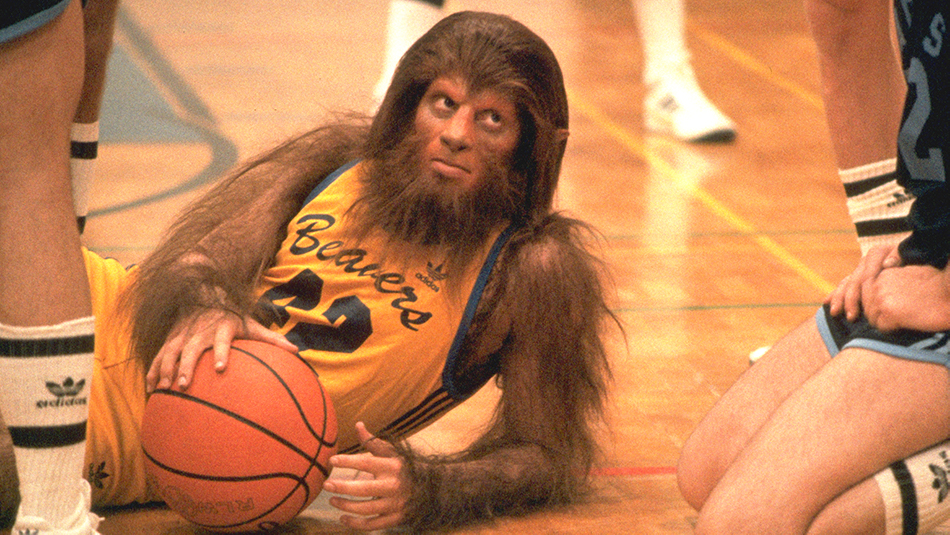 The 14 Weirdest Sports Movies Ever Made

Most sports movies follow the same basic template. A severe underdog — or a ragtag group of severe underdogs — puts in the work to discover that they have the heart of a champion, surmounting tremendously difficult odds on their way to either literal or a personal victory. Everything from Rocky and Rudy to Miracle and The Mighty Ducks follows this same basic structure, but some sports movies dare to be different, and a select few dare to be waaayyyyy different. That’s the group that we’ere interested in discussing in this post, so take a look below to discover the absolute weirdest sports movies ever made.

South Park creators Matt Stone and Trey Parker took their shot at being movie stars in this ’90s comedy about a pair of slackers who invent a sport that, in case you couldn’t tell from the title, is a hybrid between baseball and basketball.

This film may be considered a classic in some circles, but its plot about Michael Jordan (plus Bill Murray and Newman from Seinfeld) getting roped into a cartoon world to help Bugs Bunny defeat a gang of aliens in a basketball game is basically an acid trip.

Disney churned out a lot of weird sports movies back in the day, but this one about a field goal-kicking mule just about takes the cake.

A college basketball player’s superstar brother dies during a game, but not to worry! The deceased athlete returns to help his team go on an improbable run to the national championship game, as apparently the dead have nothing better to do.

Like many of the comedies on this list, this Will Ferrell film is weird on purpose. But its story of male figure skaters still manages to go in all kinds of surprising and strange directions.

It’s a movie based on a Pepsi commercial where the entire concept revolves around an NBA player in old man makeup. That’s it. That’s the movie.

There aren’t too many bowling movies around, but even if there were, we’re pretty sure this one about an Amish farm boy-turned-hustling pro-bowler would still be the weirdest of the lot.

If you didn’t already suspect that there was a secret underground ring of arm wrestling competitions where truckers compete for riches and glory, you will after watching this Sylvester Stallone movie.

Perhaps the weirdest thing about this film is its mismarketing. While the ads made it out to be the latest farce from Ferrell, focusing in on his afro-sporting baller Jackie Moon, most of the movie is a hardcore drama about Woody Harrelson’s more down-to-Earth character. It’s basically two wildly different films struggling to coexist, and it makes for one odd viewing experience.

11. Angels in the Outfield

Yet another movie where the dead take part in Earthly sporting events. Shouldn’t they be out learning the secrets of the universe or something?

12. The Fish That Saved Pittsburgh

An astrologist turns around a crappy basketball team’s fortunes after basing its roster around the same zodiac sign in this Dr. J-starring film that’s famous for its disco soundtrack. If you’ve been looking for the most 1970s sentence ever written, that was it.

The idea of a chimp playing third base for a minor league baseball team is ludicrous, but not as ludicrous as how seriously this movie treats said arrangement.

By the time Air Bud rolled around in 1997, sports-playing animal movies were no longer a novelty. After all, we’d already been treated to Gus and Ed. But the weirdest thing about Air Bud is how successful it was and continues to be. This film about a basketball-playing dog is just the first entry in what has become a sprawling 14-film franchise. Look out, Marvel Cinematic Universe, Air Bud is coming for you.

For a dose of sports weirdness, be sure to catch Teen Wolf on Thursday, Jan. 23 at 7:30 pm/6:30 C on THIS. Check our schedule here for more information.