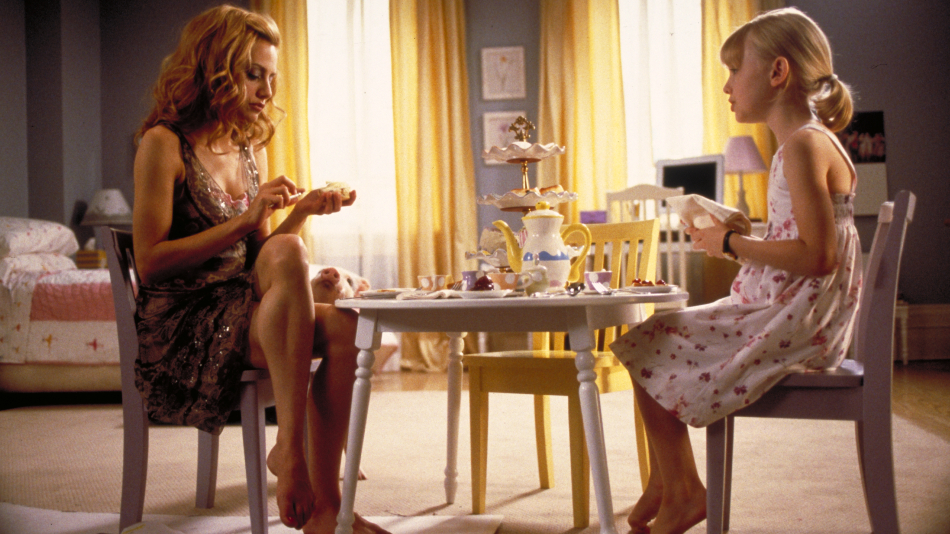 Sound Familiar? 10 Movies That Are Named After Famous Songs

Music is an integral part of basically every movie. From a film’s score to its soundtrack to, in some cases, its theme song, much of a movie’s storyline is conveyed through music. Yet some films take this idea even further. No, we’re not talking about musicals. We’re talking about movies that are named after songs. Below, you’ll find a list of ten such films, but it needs to be stated that this is by no means an extensive list. Films were omitted that coincidentally shared the title of songs that are named after common phrases, as well as movies whose titular songs are inseparable from the films themselves. Instead, we’ve focused on those movies that seemed to pick a random song title and then came up with a premise to fit it. Enjoy.

Named for Billy Joel’s 1983 Doo Wop hit “Uptown Girl,” this 2003 comedy stars the late Brittany Murphy as a spoiled rock star’s daughter who is forced to work as a nanny after going broke.

Director Richard Linklater loves two things: Coming-of-age comedies and films named after songs. His comedy about 1970s high schoolers is both, as it’s named for the 1969 Led Zeppelin track.

This classic coming-of-age story about a group of boys in the 1950s is based on the Stephen King novella “The Body,” but the film’s title is taken from Ben E. King’s 1961 hit.

The title of Lynyrd Skynyrd’s 1974 southern anthem was the inspiration behind this rom-com that stars Reese Witherspoon as a New York fashion designer who must travel to her hometown in Alabama to seek a divorce from her old flame.

This Macaulay Culkin tearjerker about young love — and young death — is named for the 1964 Motown hit by The Temptations.

This time-traveling rom-com about a woman who gets the chance to redo her love life takes its title from a relatively obscure 1959 song by Buddy Holly, itself a sequel to Holly’s earlier hit song “Peggy Sue.”

This ’90s romance featured the can’t-miss pairing of George Clooney and Michelle Pfeiffer, along with a title of a catchy 1963 song by The Chiffons.

The goofy 1959 hit by The Clovers was the inspiration behind this even goofier 1992 rom-com about a pair of chemists — one of whom is played by a very young Sandra Bullock — who mess around with a few love potions… nine, to be exact.

Here’s a really odd one. Whoopi Goldberg stars in this 1986 comedy as a bank worker who gets mixed up in a game of international espionage after being contacted by a man who claims to be a British secret agent named Jumpin’ Jack Flash. “Jumpin’ Jack Flash” is, of course, also the name of a Rolling Stones song originally released in 1968.

Remember what we said about Richard Linklater? He updates his Dazed and Confused formula for this comedy, which is set in the ’80s and named for a 1980 Van Halen tune.

See Brittany Murphy leave her white bread world by tuning into Uptown Girls on THIS, airing on Monday, July 20 at 11 am/8 PST.