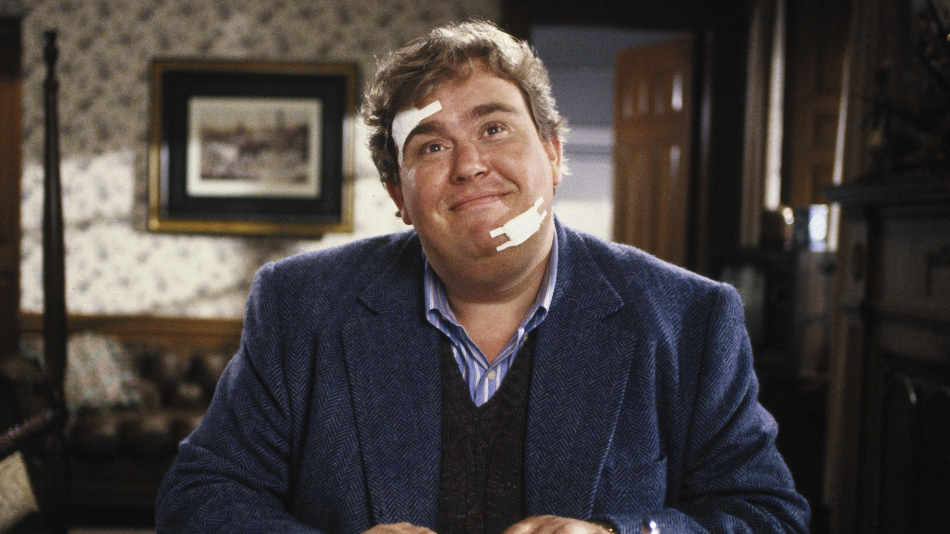 Six Movies That Were Made Infinitely Better By Adding John Candy

John Candy was one of the most gifted comic actors of all time. After cutting his comedy teeth at the Toronto branch of the famed Second City improv theatre and the related sketch comedy television series SCTV, Candy went to Hollywood where he starred in some of the best comedy films of the 1980s. His leading roles in movies like Planes, Trains, and Automobiles, Uncle Buck, and The Great Outdoors helped define comedy in the decade, but we’re not here to talk about his starring roles. Instead, we’re looking at films that featured Candy in either a supporting role or cameo — and were infinitely better for it.

Orange whip? Orange whip? Three orange whips! John Belushi and Dan Aykroyd bring the bulk of the laughs as Jake and Ellwood Blues in this madcap 1980 comedy classic, but Candy’s bit part as Jake’s parole officer ends up with some of the film’s biggest guffaws, like his hilarious ad-libbed drink order. What is an orange whip anyway?

Playing opposite fellow comedy greats Bill Murray and Harold Ramis, Candy steals every one of his scenes in this 1981 army buddy comedy. From getting his head shaved to making his mud wrestling debut, his hilarious supporting role here helped turn Candy into a star.

John Candy had a long and storied relationship with writer/director John Hughes, appearing in six of Hughes’ films. This 1983 road comedy classic was their first on-screen collaboration, and one of their best, with Candy appearing at the end of the film as an unlucky and unintimidating security guard working at the Wally World theme park.

One of the greatest parody films ever made, this Star Wars spoof from Mel Brooks is remembered for its talented ensemble cast. But without question, the best bits of the film are reserved for Candy as the Chewbacca-like Barf. Barf is a mawg, which means he is half-man, half-dog. Or, as Barf puts it, he’s his own best friend!

Candy’s role in Frank Oz’s 1986 musical-comedy is extremely brief, but he still manages to leave his mark as wacko radio DJ Wink Wilkinson. With sound effects and a long leash to seemingly improvise at will at his disposal, it’s obvious that Candy was having a blast lending his considerable talents to this film.

The final collaboration between Hughes and Candy was this holiday classic from 1990. Candy shows up as Gus Polinski, the Polka King of the Midwest. You’ve probably heard some of hit songs like “Polka, Polka, Polka,” “Twin Lakes Polka,” and “Polka Twist”… no? Thought you might have recognized him… he’s very big in Sheboygan.

Watch the legendary John Candy as Barf in Spaceballs, airing on Saturday, August 29 at 9 pm/6 PST on THIS.