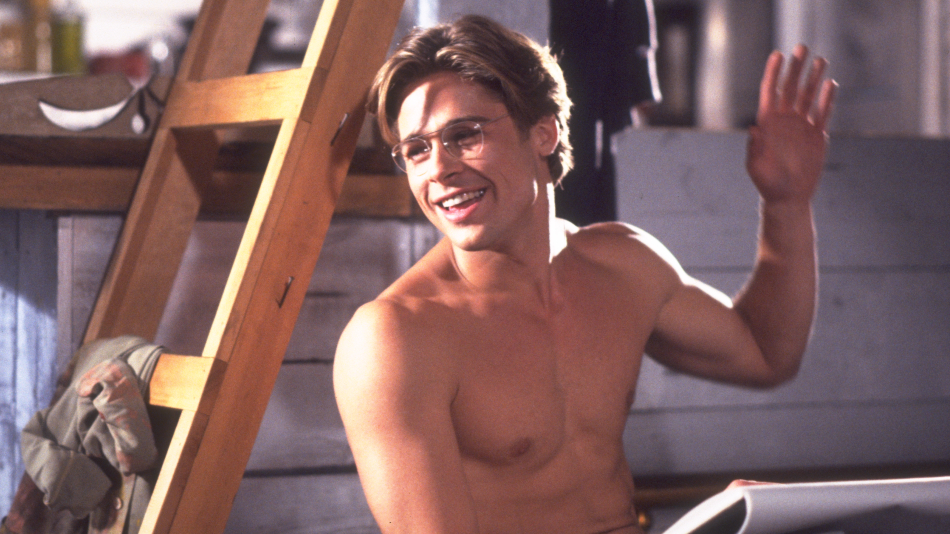 Brad Pitt is, without question, one of the biggest movie stars of this era. For about the past two-and-a-half decades, virtually every movie that he’s starred in has been a box office success, a critical hit, or has otherwise entered the zeitgeist in some way. You’ve likely seen many of his recent movies, and those that you haven’t seen, you’ve probably still heard of. But Pitt wasn’t always a megastar. Early in his career in the 1980s and ’90s, the actor appeared in a number of films that managed to pass by without making much of an impact. We’ve corralled six of these forgotten Brad Pitt movies below, so take a look and see how many you actually remember.

1. The Dark Side of the Sun

According to his IMDb page, this 1988 film was Pitt’s first credited film role. It’s a Yugoslavian-made film about a man with a skin disease that makes sunlight dangerous to him, so he travels the world looking for a cure. And since the man in question looks exactly like a young Brad Pitt, he ends up starting a romance with a beautiful actress.

Pitt portrays a high school track star and rival to his fellow track star brother (the slightly less-successful Ricky Schroder) in this 1990 melodrama. Trust us, you haven’t seen it.

Sporting a pair of suede shoes and the world’s tallest pompadour, Pitt plays a rockabilly-obsessed musician who’s seriously out of place in the gritty and grungey early ’90s. It’s one of the weirdest movies Pitt’s ever done, and was only released in one theater. One.

Speaking of weird… wow. Apparently trying to capitalize on the success of Who Framed Roger Rabbit?, this 1992 half-animated neo-noir is basically a sleazy, adult-aimed version of that film, with Pitt playing a “Cool World” detective who’s hot on the trail of a cartoon femme fatale.

This 1994 rom-com is a whirlwind of infidelity and hurt feelings, and at the heart of it all is a young, shirtless, bespectacled Pitt… plus Bill Pullman.

6. Sinbad: Legend of the Seven Seas

Stay up late to catch Brad Pitt in The Favor, airing on THIS at 2 am EST/11 pm PST on the night of Saturday, June 20.