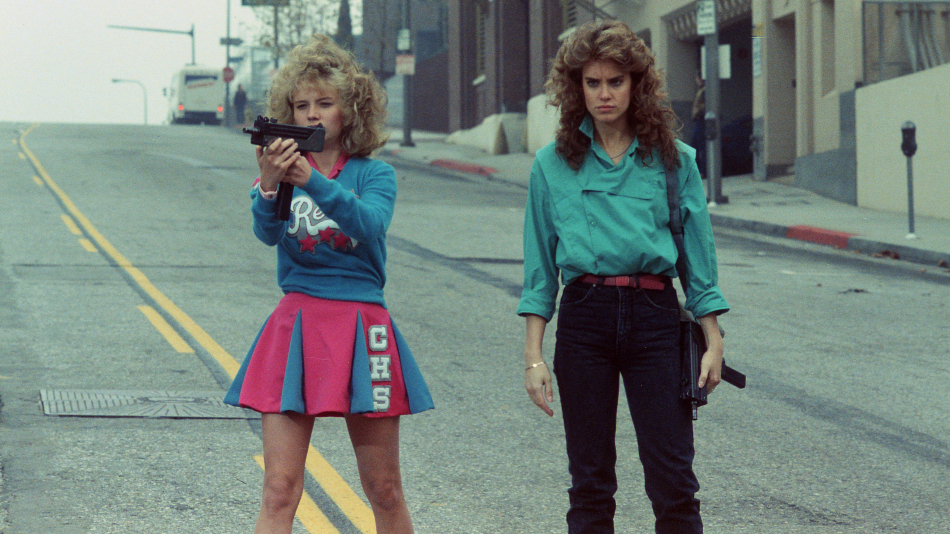 Over the past several years, zombie movies have exploded in popularity. With the prevalence of the genre, repetition has unfortunately become the norm, with most zombie movies being more or less indistinguishable from one another. A virus infects a portion of the population which turns them into non-thinking cannibals and it’s up to a ragtag group of uninfected individuals to try and survive. You’ve seen this movie a million times. But there have been a few zombie movies over the decades that have dared to do things differently. We’ve gathered up seven films that made the undead so much more entertaining, so grab a bowl of brains and check them out below.

1. Night of the Comet

With its no-nonsense female protagonists, tongue-in-cheek satire, and clear love for the genre it’s lampooning, it’s hard to believe that a movie that seems so hip and cool in 2020 was released in 1984. Other zombie movies — and most other movies of any genre — look boring by comparison.

2. Shaun of the Dead

There were zombie comedies before Shaun of the Dead, but none that were this brilliant. Edgar Wright’s modern classic reinvigorated both the zombie genre and horror comedies, and it remains one of the best examples of both.

How’s this for different: A romantic comedy about a zombie-human relationship that’s told from the zombie’s perspective. The Walking Dead this is not.

Zombies are generally presented as villains, but not so in this hard-hitting drama about a father (Arnold Schwarzenegger, in possibly his best-acted role) trying to protect and find a cure for his zombified daughter (Abigail Breslin). You’re probably not used to zombie movies making you cry, but this one might just do the trick.

5. Anna and the Apocalypse

Making a zombie musical alone would have been enough of a change of pace from the norm, but this film takes things to a whole other level by making it Christmas-themed, too. It is, to date, the only zombie Christmas musical that we know of.

Before this nearly-20-year-old film came along, zombies were slow and plodding and, frankly, not very scary. But 28 Days Later changed that with its inhumanly-fast zombies, and the genre has been a lot more frightening ever since.

7. Night of the Living Dead

Contrary to popular belief, this is not the first zombie movie. There were others before it that based their zombies in the Haitian voodoo tradition, such as 1932’s White Zombie. But George A. Romero’s all-time classic is the first zombie movie as we think of it today, introducing the very concept of the undead flesh-eating hordes that have become so common in the five decades since.

Catch one of the most inventive zombie movies ever made with Night of the Comet, airing Monday, June 15 at 8 pm/7 C on THIS.