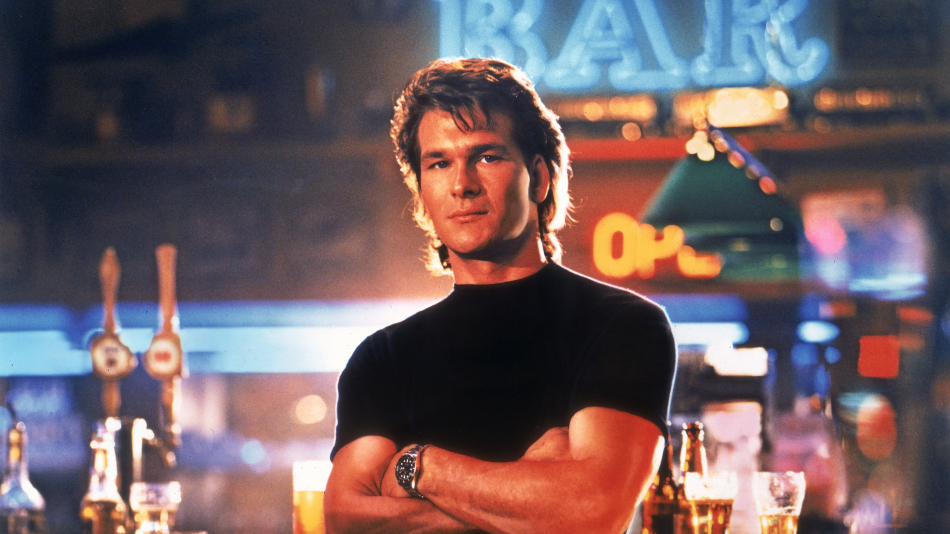 The 1980s were a glorious time for cinema. Sandwiched between two decades that were filled with critically-acclaimed classics, the ’80s often gets a bad rap for its lack of serious drama films. But this weakness is also the ’80s’ strength. The decade was, simply put, a fun time for movies. More than any other decade, the ’80s seemed to emphasize the pure joy of movies over all other aspects, resulting a number of cult-classics that are a blast to watch — a good number of which fall onto the campier side of the fence. These movies, which could only have come from the ’80s, are some of the most absurd movies ever made. From their ludicrous plots to their ridiculous characters to their many memorable scenes, these films occupy a special place in the pantheon of great ’80s movies, as their absurdity is what makes them so relentlessly fun. To see what we’re talking about, take a look below at seven ’80s movies that are so absurd we can’t help but love them.

This Patrick Swayze movie about a bouncer who’s basically the toughest guy in the world even though he’s like 5’5″ is amazing. It takes place in a small town that’s controlled by a ruthless local businessman who kills people and is able to get away with it. That is until the previously-mentioned bouncer has enough of it and starts ripping out bad guys’ throats with his bare hands. We can’t imagine what the pitch meeting was like for this movie.

Kurt Russell plays a truck driver who ends up uncovering a mystical underworld in San Francisco’s Chinatown. There are ninjas and wizards and ancient gods and Russell plays it completely straight despite the neverending cavalcade of absurdity that’s thrown at him. One of director John Carpenter’s finest efforts, without question.

Forget Terminator and Predator, this is peak Arnold Schwarzenegger. The most ’80s action movie of all ’80s action movies, this flick about a former army commando on a mission to rescue his daughter features some of the most ridiculous action scenes and cheesiest one-liners ever put to celluloid. And it’s brilliant.

Jean-Claude Van Damme is the U.S. Military’s secret weapon, but he’s going to risk it all to compete in a secret fighting tournament in Hong Kong against the world’s toughest humans. There are moments of poorly-acted melodrama, some fantastic slow-motion karate battles, and more splits than you can count — plus one very memorable brick-breaking scene.

The highest-grossing of the Rocky movies for a reason, the fourth installment is just stupid fun. It’s about Rocky (Sylvester Stallone) avenging the death of his friend Apollo Creed (Carl Weathers) by going toe-to-toe with the Russian who killed him in the ring, Ivan Drago (Dolph Lundgren). What that entails is a mix of training montages, an ’80s robot, and Rocky singlehandedly winning the Cold War. This is required viewing.

Another Stallone gem, this time he stars as Lincoln Hawk, a truck driver who wants nothing more than to be reunited with his son. His son, however, is in the possession of his evil grandfather, who will stop at nothing to keep Lincoln from gaining custody of his kid. What’s a lowly truck driver to do? Why, compete in an underground arm wrestling championship to win back his son, of course! It makes sense when you watch it… sort of.

What do you get when you cross a Kung Fu movie with Motown and a superhero story? You get The Last Dragon. It’s a movie about a New York martial artist (Taimak) who becomes embroiled in a war against the “Shogun of Harlem” as well as an evil businessman and his goons after rescuing a TV star (Vanity) — all while trying to obtain a magical power called “the glow.” In case you couldn’t tell, there is a lot going in this movie, and all of it is great.

Have some cheesy fun by watching Road House on THIS, airing Friday, June 12 at 8 pm/7 C.