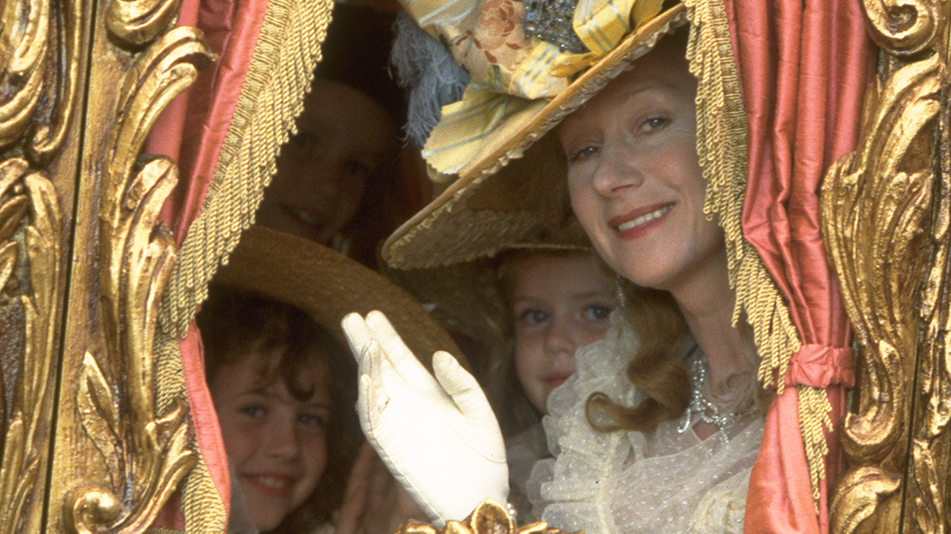 Queen Helen: The Many Royal Roles of Helen Mirren

Helen Mirren is a legendary actress. So legendary, in fact, that she was honored with the title of Dame Commander of the British Empire by Prince Charles in 2003, essentially making her an honorary member of British Royalty (we assume that’s how these things work). And frankly, there’s never been anyone more deserving of such a title, as Dame Helen Mirren has portrayed royalty on screen more times than we can count.

Mirren’s first royal role, as near as we can figure, occurred back in the 1977 film Hamlet, where she portrayed Queen Gertrude in the Shakespeare adaptation. She would go on to portray other Shakespearean royal figures like the Faerie Queen Titania in the 1981 TV movie A Midsummer Night’s Dream, and Princess Imogen in the following year’s Cymbeline. She’s portrayed historical royalty from a vast range of cultures, including the Egyptian Queen Toya in the 1998 animated film The Prince of Egypt, the Roman Empress Caesonia in 1979’s Caligula, the Danish Queen Geruth in 1994’s Royal Deceit, the Cretan Princess Phaedra in 2009’s Phedre, and the Russian Empress Catherine the Great just last year in an eponymous TV miniseries about the ruler’s life. Mirren has even had a few roles that delved into fantasy royalty, such as the titular Snow Queen in the 1995 animated film The Snow Queen and Princess Emilia in a 1987 TV adaptation of “The Little Mermaid” on Faerie Tale Theatre. But Mirren’s most frequent royal portrayals come from her native UK.

In 1994, Mirren played Queen Charlotte in The Madness of King George. As the wife of George III, Charlotte reigned in Great Britain from 1761 until 1818, and Mirren earned an Academy Award nomination for playing her. In 2005, Mirren went further back in time, playing Queen Elizabeth I — ruled England and Ireland from 1558 until 1603 — in the TV miniseries Elizabeth I. The next year, Mirren leapfrogged to the modern era, portraying current monarch Queen Elizabeth II in The Queen, a film that depicts the queen’s reaction to the death of Princess Diana. Mirren won an Oscar for her performance. Then in 2013, Mirren again took on the role of Elizabeth II in The Audience, a film that dramatizes the Prime Minister meetings the queen took with a dozen different UK leaders over her many decades in power.

Helen Mirren is the closest thing to acting royalty that exists, so it’s no wonder that she seems to portray a new royal every few years. And this week on THIS, you can bow down to Queen Helen by watching her in The Madness of King George, airing on Tuesday, Feb. 25 at 9 am/8C.