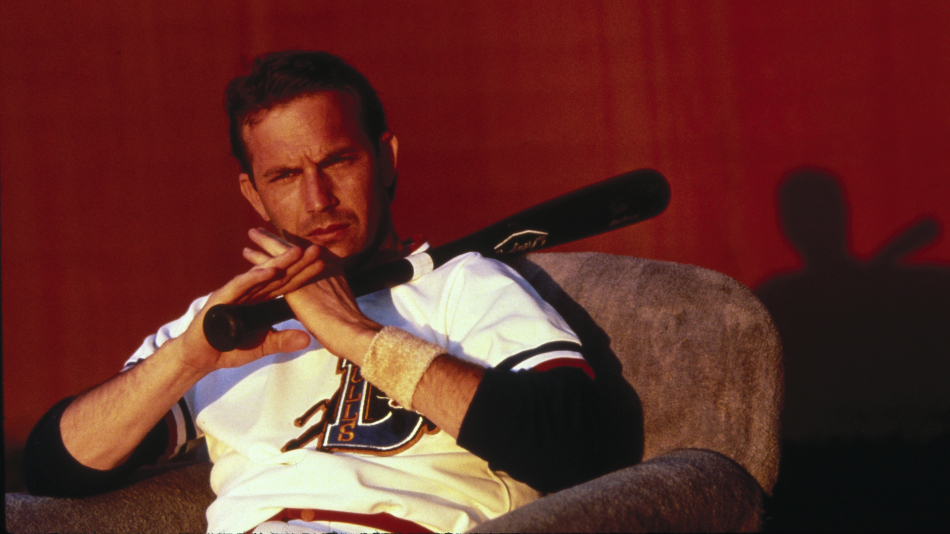 No Sports, No Problem: 8 Movies to Fill the Baseball-Shaped Hole in Your Heart

Virtually everything about 2020 has been awful (though THIS’s Norris Knockout marathons have admittedly been pretty awesome). But one of the worst things about this year has been the absence of sports. As the COVID-19 pandemic continues to rage across the country, the 2020 major league baseball season — which should be about halfway over by now — hasn’t even started yet. The first regular season games will finally be played on July 23, but with a much-shortened 60 game season ahead of us, there’s still a lot of baseball that fans are missing out on in 2020. But don’t worry. There are plenty of great movies about America’s pastime that will help fill the baseball-shaped hole in your heart, including the eight listed below.

Roughly half of Kevin Costner’s movies are about baseball, but this one is the original and, many would argue, the best. In it, Costner plays a 12-year veteran of the minor leagues who deals with the ups and downs of life, love, and of course, baseball.

Costner’s second baseball movie is this classic fantasy about an Iowa farmer who is inspired to build a baseball diamond in his cornfield by the disembodied voices of deceased baseball greats. It’s, uh, not as scary as it sounds.

This Chadwick Boseman-starring biopic tells the true tale of baseball legend Jackie Robinson, who in 1947 became the first black player to play in the majors when he suited up for the Brooklyn Dodgers.

4. A League of Their Own

Loosely based on the All-American Girls Professional Baseball League that was formed during World War II is this classic comedy that stars Tom Hanks as the grumpy manager of an all-female baseball team in 1943. Geena Davis, Rosie O’Donnell, and Madonna account for a few of the trailblazing players in the film.

Without question, this is the goofiest baseball comedy of all time. It tells the story of a group of misfit players who are recruited to the Cleveland Indians specifically to tank the team and facilitate a move to Miami. But once this motley crew of players gets wind of the plan, they refuse to lose.

One of the best coming-of-age movies ever also happens to be one of the best baseball movies ever. This story about friendship and growing up centers on a group of baseball-loving best friends in 1962 suburbia and is highly quotable.

The music may be the most iconic part of this Robert Redford flick, but its story is one of the most inspiring you’ll ever watch. It’s about a gifted ballplayer who is robbed of the best years of his playing life but refuses to give up as he continues to chase his dreams of baseball glory.

8. The Pride of the Yankees

A real tearjerker, this 1942 biopic stars Gary Cooper as New York Yankees legend Lou Gehrig, who passed away just one year earlier at the age of 37 due to complications from ALS, also known as Lou Gehrig’s Disease.

Grab yourself some peanuts and Cracker Jack and catch Bull Durham on THIS, airing Sunday, July 26 at 2 pm/11 PST.