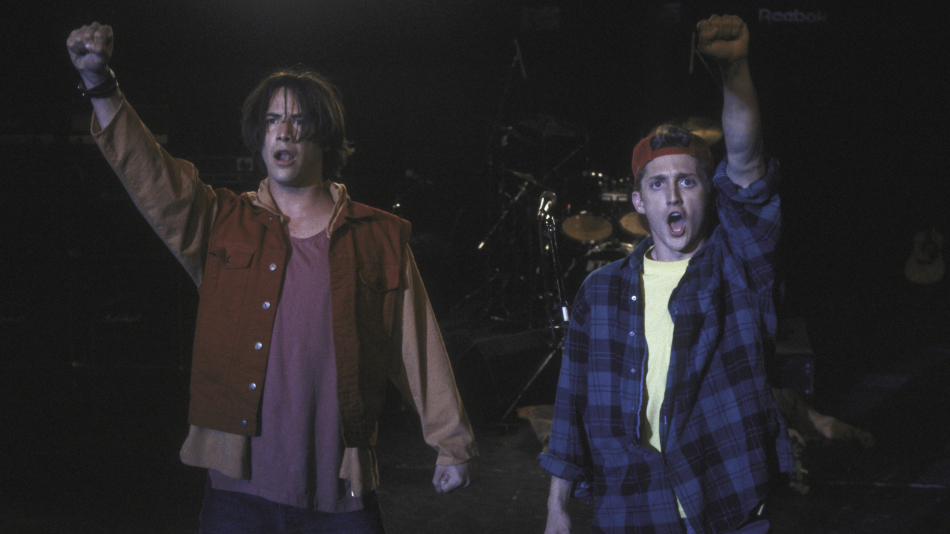 Comedy is hard. Making a comedy sequel is doubly hard. Part of what makes things funny is when something unexpected happens. If you watch someone walk by you carrying a cake, you expect them to continue unabated to their destination. But if they trip and faceplant into said cake, leaving them with a face full of frosting, you’ll probably laugh because something unexpected happened that your mind interprets as funny. The same goes for film comedies. When comedy movies are successful, it’s because they do something unexpected. But with comedy sequels, the audience already comes in knowing what to expect. The element of surprise is gone, and frequently, so are the laughs. But not always. A precious few comedy sequels are able to find enough tweaks to the formula to stay funny, and some even manage to surpass the laughs of their predecessors. So take a look below at some comedy sequels that aren’t terrible.

Wayne and Garth get meta in their second installment, avoiding the pitfalls of comedy sequels by calling them out directly. The likability of the characters also goes a long way toward making this one of the better comedy sequels out there.

Another meta sequel that’s filled with self-referential jokes, many critics think the second go-round of Phil Miller and Christopher Lord’s buddy cop franchise — in which its protagonists go to college rather than high school — is better than the original.

This much-maligned sequel isn’t half as bad as many disgruntled critics would have you believe. The cast is still the same legendary one from the first film, and there are still plenty of stellar jokes to go around.

It’s definitely crazier than Excellent Adventure, with a number of confusing elements added to the mix that somehow end up working. But it’s William Sadler’s portrayal of Death that really makes this sequel worth watching.

Barbershop 2: Back in Business

While it definitely isn’t as funny as its predecessor, the second Barbershop is still a good movie, and it even has some important things to say about gentrification and the erasure of black culture. It’s not often you find a comedy sequel with something profound to say.

Austin Powers: The Spy Who Shagged Me

The introduction of Mini-Me alone warrants inclusion for this hilarious Austin Powers sequel.

A bit less riotous than its predecessor, the second installment in Leslie Nielson’s absurdist cop trilogy still lands more gags than it misses.

The Addams Family sequel gets dark with its humor, and it’s all the better for it. You’ll have trouble finding anyone who prefers the first film to this.

Maybe the greatest comedy sequel ever made in terms of sheer laughs, this John Hughes-penned third installment in the Vacation franchise is a genuine laugh-a-minute holiday classic that demands repeat viewings every December.