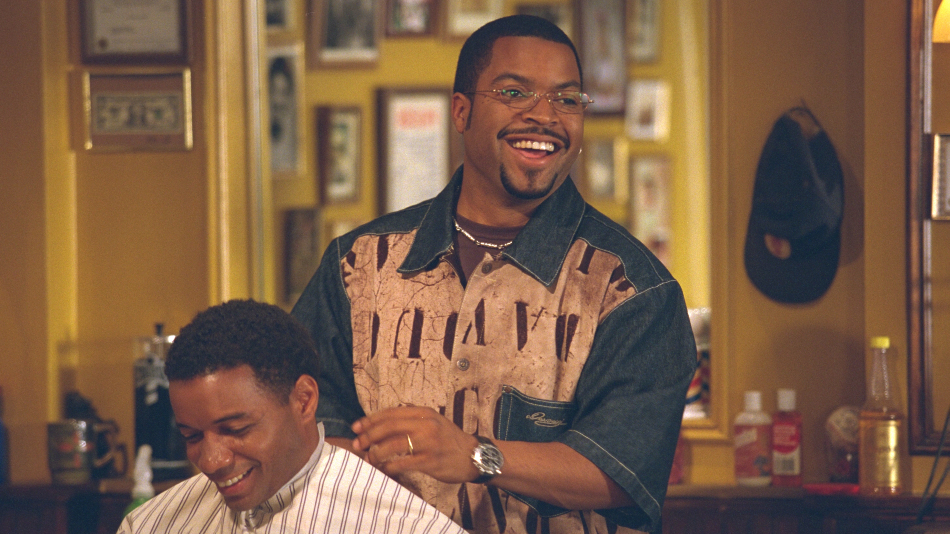 Live Vicariously Through These Movies About Haircutting

If you’re like most people in quarantine, your hair has reached historically uncomfortable levels of growth. With hair salons and barbershops still closed throughout much of the country, many are forced to either go without a haircut or risk looking like even more of a doofus by trying to cut their own hair. So since you can’t get to a barber, you should do the next best thing and watch a movie about haircutting. This will allow you to live vicariously through the characters on the screen and you’ll end up with that fresh haircut feeling after the credits roll (just go with us on this one). So toss a cape over your shoulders, spray some cheap cologne for a little ambiance, pour yourself a glass of Barbicide, and check out the list below.

Barbershops have long been considered an integral part of African American communities, and this series of comedies highlights that fact with humor, heart, and even some social commentary. Ice Cube leads a changing ensemble cast across three films as Calvin, the owner of a neighborhood barbershop on Chicago’s South Side.

This spinoff of the Barbershop franchise stars Queen Latifah as a hairstylist who moves from Chicago to Atlanta and opens her own beauty shop. Naturally, things don’t go all that smoothly for the new business owner, but we get the feeling things will work out for her.

If you’re starting to get a little peeved about your inability to get a haircut, then blow off some steam with this musical about a murderous barber (Johnny Depp) who bakes his victims into meat pies.

If you’re more sad than angry over your quarantine hair, then break out the tissues and check out this classic tearjerker about a group of women (Dolly Parton, Sally Field, and Julia Roberts among them) who deal with life’s ups and downs at a southern beauty salon.

You Don’t Mess With the Zohan

Adam Sandler stars as an Israeli commando with dreams of becoming an American hairstylist in this goofy comedy that was written by the comedy dream team of Sandler, Judd Apatow, and Robert Smigel.

Johnny Depp must really like barbers. In this Tim Burton fantasy, Depp portrays an artificial man with scissors for hands, and though the movie doesn’t revolve around haircutting per se, it certainly boasts some memorable hairstyling scenes.

Tune into THIS’s double-feature of Barbershop 2: Back in Business and Beauty Shop, starting Thursday, May 28 at 6 pm/5 C, with an encore presentation airing immediately afterward.