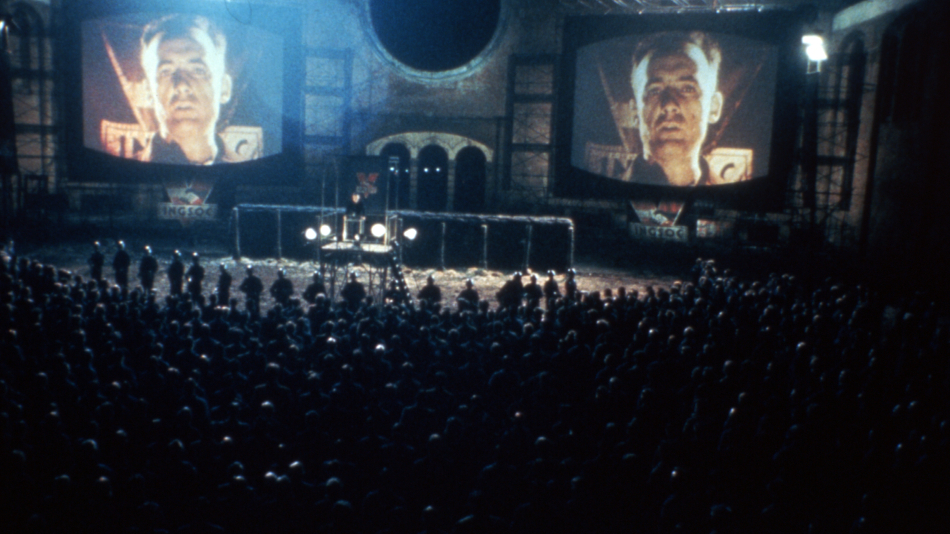 In Honor of 2020, Here Are the Most Iconic Movie Dystopias

With each passing day, 2020 is looking more and more like a post-apocalyptic dystopia. An unchecked virus rages across the land, unidentified federal troops are storming our cities, and Taco Bell is getting rid of a big chunk of their menu. But it could always be worse! Hollywood has long had a fascination with dystopian worlds, and to be fair, they’re generally depicted as being much worse than what we’re experiencing now. So if you feel like you could use some perspective on our current situation, take a look below at some of the best-known movie dystopias to ever hit the big screen.

The granddaddy of dystopian literature is George Orwell’s classic tale about a totalitarian government that controls every aspect of people’s lives. Virtually every modern-day government has been compared to Big Brother at one time or another — some more accurately than others.

Planet of the Apes

You maniacs! You blew it up! Though it doesn’t get as much press these days, the threat of nuclear annihilation is ever-present, just as it was in the ’60s when this film told the story of apes becoming our masters after a nuclear holocaust.

Roving biker gangs rule over an oil-deprived hellscape in this film, which sees a society pushed to the brink by a lack of resources. The world would be greatly expanded upon in numerous sequels, becoming bleaker with every entry and eventually resulting in the dusty and cultish world of Fury Road.

Is anything real? Not according to this film, which depicts our lives as a computer simulation created by AI beings that feed off our energy. At least Keanu Reeves is there to save us.

London is run by a fascist police state in a world where terrorists are the good guys in this all-too-realistic film. Outside of 1984, this probably gets the most real-world comparisons of any dystopia on this list, with the vigilante character V’s Guy Fawkes mask showing up frequently at anti-government protests worldwide.

In this future society, low-income children literally hunt each other on television for our entertainment. You just know a TV exec somewhere has pitched this exact show before.

In the world of this franchise, crime has gotten so bad that for one 12-hour period every year, all crime is rendered legal to allow people to get all the evil out of their systems. What could go wrong?

Transport yourself to the world of Mad Max, airing late night on Saturday, August 1 at 2 am/11 pm PST on THIS.