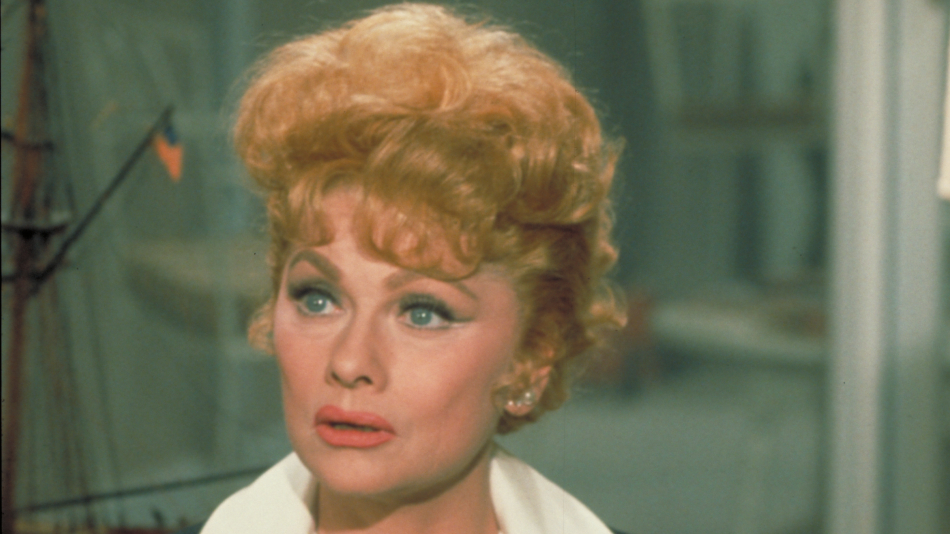 I Love Lucy at the Movies: The Film Career of Lucille Ball

Lucille Ball is considered one of television’s greatest icons, and why shouldn’t she be? The actress and comedienne was one of the most recognizable faces on the medium for 35 years. Her sitcom I Love Lucy continues to be popular and inspirational more than 60 years after it aired its last episode, and she starred in a different eponymous sitcom in four consecutive decades. But Lucy wasn’t just a TV star. She also had an impressive movie career as well, and though it was frequently overshadowed by her TV career, Ball’s film work is certainly worth a second look — especially when it comes to the movies listed below.

One of Ball’s early starring film roles was in this dramedy about two rival dancers (Ball and Maureen O’Hara) vying for the attention of the same man. The movie is considered ahead of its time for its feminist themes and depiction of women in charge of their own destinies, and in 2007 it was selected for preservation by the Library of Congress.

In a rare straight dramatic role, Ball foreshadows Gloria Swanson’s famed Sunset Boulevard character eight years later by playing a former Broadway star who is now wheelchair-bound and unwilling to let go of her previous life. She torments the busboy who takes her into his care (Hollywood legend Henry Fonda), not realizing that he is in love with her.

An I Love Lucy movie was shot in 1953 but was never released to the public, but it’s just as well since this 1954 comedy gives you the same effect. Starring Ball’s then real-life husband and TV co-star Desi Arnaz, this movie features a married couple going on an ill-fated road trip — and they bear a remarkable resemblance to Lucy and Ricky Ricardo.

The Facts of Life

Ball and fellow comedy legend Bob Hope starred in a number of films together from the 1940s through the ’60s, but this was their best effort. The romantic comedy sees the two affable stars as a married pair of friends who have an affair while their spouses are away — pretty risque stuff for 1960. For her work on the film, Ball earned a Golden Globe nomination for Best Actress in a Motion Picture Musical or Comedy.

Yours, Mine and Ours

The second-to-last feature film Ball ever appeared in (and if you’ve seen Mame, you’ll agree this probably should have been the last) sees her reunite with Henry Fonda to form a family that makes the Brady Bunch look small. Ball and Fonda play a widow and widower with 18 children between them, so you can imagine what kind of hijinks ensue when their massive families come together. The movie earned Ball her second Golden Globe nomination for Best Actress in a Motion Picture Musical or Comedy.

You can see Lucille Ball the movie star in Yours, Mine and Ours, airing Tuesday, August 25 at 10 am/7 PST on THIS.