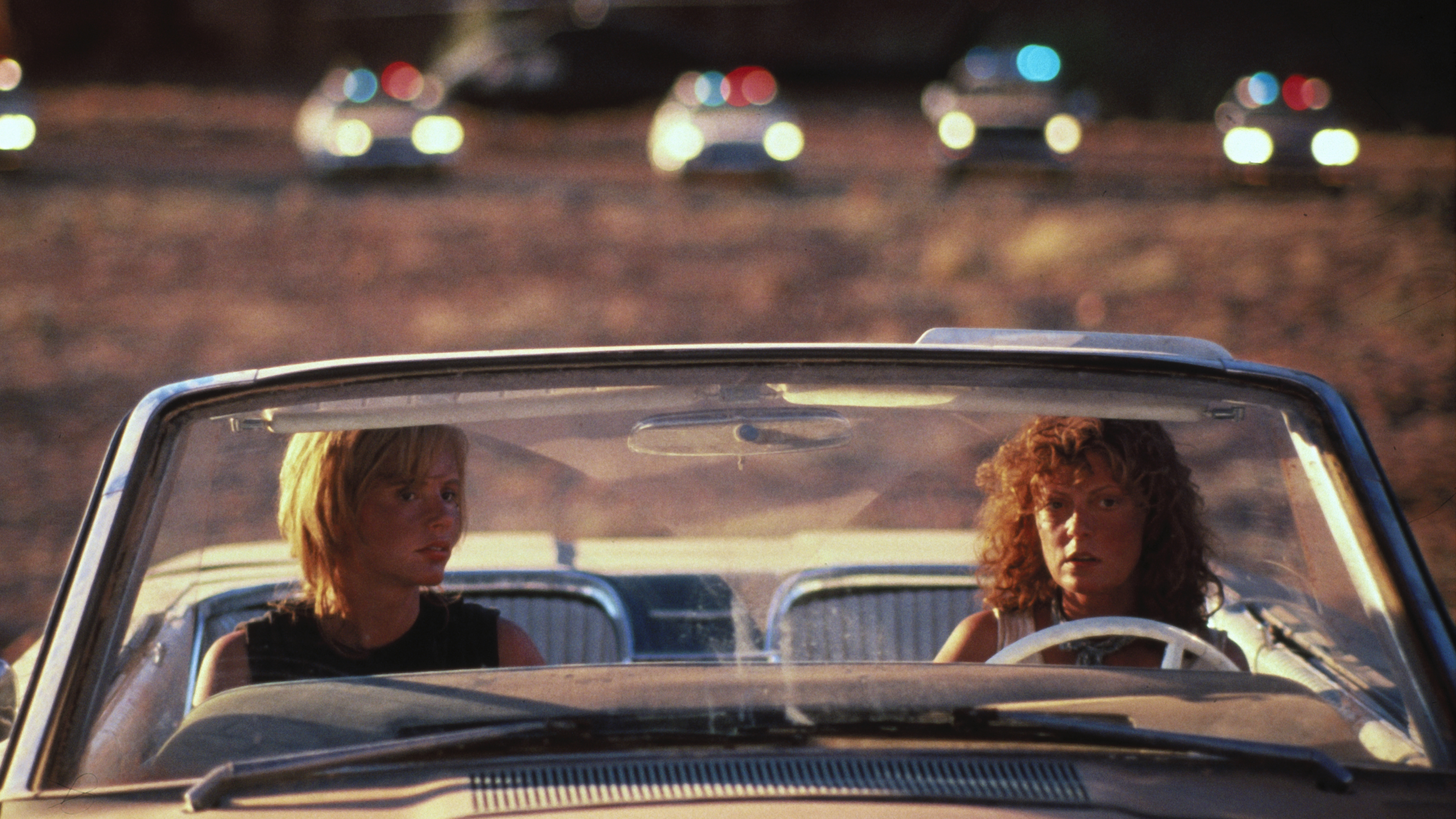 How ‘Thelma & Louise’ Is a Genre Unto Itself

Quick, name a buddy road adventure with unabashedly-feminist themes that stars two non-over-sexualized women who control their own destiny — and whose friendship cannot be broken. Oh, and your answer can’t be Thelma & Louise. Can’t do it, can you? That’s because, even nearly three decades on, there still hasn’t been a movie quite like Thelma & Louise, a film that has become a genre unto itself.

Throughout the history of buddy road movies, the protagonists have been almost exclusively male. From the old Hope &  Crosby films to ’80s and ’90s hits like Planes, Trains, & Automobiles, Tommy Boy, and Dumb & Dumber to more modern fare like the Harold & Kumar movies and last year’s Best Picture Oscar-winning Green Book, women are scarcely found leading these types of films. But Thelma & Louise, with its outstanding leads of Susan Sarandon and Geena Davis, showed that the formula could not only work with women, but that it could thrive. The film gained stellar reviews and is regarded as a modern classic, and yet, it still stands alone in its genre.

One aspect of Thelma & Louise that makes it unique is the way the film treats its gender politics. Rather than just a generic gender swap, Thelma & Louise takes a serious look at some of the challenges women face — albeit it in a rather extreme way. The men they come across are dismissive, abusive, and dangerous, forcing the two protagonists to make some drastic choices throughout the film. And even though the film was released in 1991, the challenges Thelma and Louise face on their journey — attempted rape, abusive relationships, dismissive law enforcement — are all, unfortunately, just as valid today as they were 29 years ago.

Thelma & Louise is remembered not only for the way it respected women and depicted the ugly challenges they face but also for the way it allowed its protagonists to be feminine while doing not-typically-feminine things. The pair blow up a truck, hold a cop up at gunpoint, and rob a store, and at no point does it feel like the duo is simply imitating what men would do in their position. And, perhaps even more importantly, Thelma & Louise is the rare film that shows the power of an unshakeable female friendship. There is no fighting over men in this movie, no grudges held between its two female leads. It’s simply two women who love and trust each other more than anything else, right up until their bittersweet end.

There are no other movies like Thelma & Louise, but there really should be. It’s about time another film came along that treated women as real people with flaws, that showed the power of female friendship, and that accurately presented the everyday dangers women face. But until such a film comes along, we’ll just have to continue watching Thelma & Louise. Lucky for us, the film is airing on THIS at 8 pm/7 C on Sunday, Jan. 5. See our schedule here for other showings.