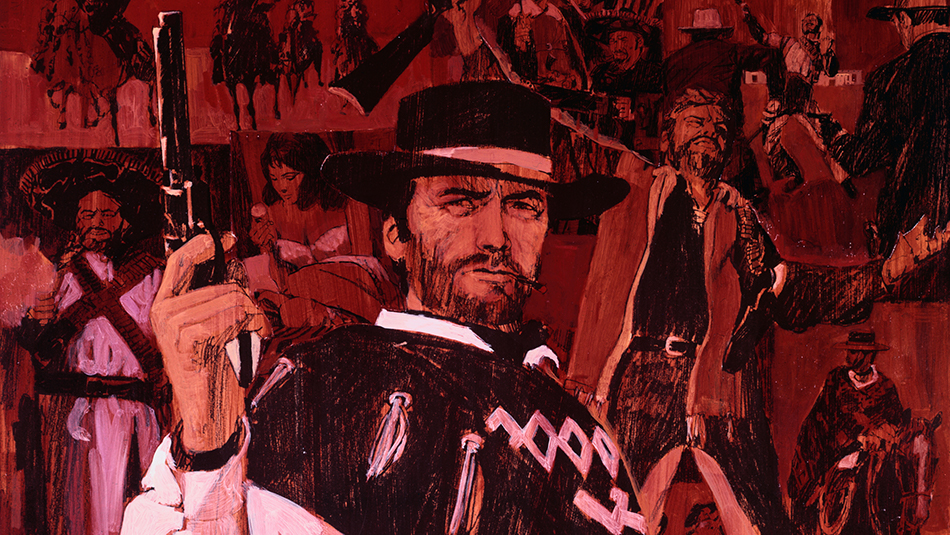 How Spaghetti Westerns Came to Be

When people think of Westerns, they naturally think of the American West. And while the majority of classic Western films were indeed filmed in roughly the same area where their stories took place, a significant number were actually produced in Italy and Spain. Dubbed “Spaghetti Westerns,” these Italian Western productions eclipsed their Hollywood counterparts in popularity during the late 1960s, revolutionizing the genre in the process. But how did Spaghetti Westerns come to be in the first place?

Westerns had been produced in Europe for about as long as movies had existed. Some were Italian-made for an Italian audience, like 1910’s La Fanciulla del West, while others were filmed on the continent as a way for Hollywood filmmakers to save money, such as 1963’s Gunfight at Red Sands. However, it wasn’t until 1964 that Spaghetti Westerns as we know them came into existence, and we can thank one man for their creation: Sergio Leone. The Italian director created an entirely new genre with his film A Fistful of Dollars. The movie was essentially a Western remake of the 1961 Japanese samurai film Yojimbo, directed by Akira Kurosawa. Kurosawa was the filmmaker behind Seven Samurai, which served as the basis for the 1960 American Western, The Magnificent Seven. But its Japanese origin is about the only thing A Fistful of Dollars shares with the very traditional Magnificent Seven.

By the early ’60s, Hollywood Westerns had grown stale as a genre. Their stories were predictable and trope-laden, and their morals were as black and white as could be. Leone had been a fan of the genre and knew that they were traditionally popular in Italy, so he conceived of a plan to reinvigorate and reinvent the Western. His Westerns would be gritty and violent, their heroes morally ambiguous, and their music (courtesy of composer Ennio Morricone) radical and integral to moving the story along. For this reinvention, Leone cast a little-known American actor by the name of Clint Eastwood to star as his unnamed protagonist in A Fistful of Dollars. Eastwood became a superstar on account of his gruff and mostly silent portrayal in the film, and would appear as the same character in two subsequent films: For a Few Dollars More in 1965, and The Good, the Bad, and the Ugly in 1966, with the latter arguably being the most famous Western ever made. Other filmmakers also took Leone’s gritty new template and ran with it, most notably Sergio Corbucci, whose 1966 revenge Western Django continues to influence films today (such as Quentin Tarantino’s Django Unchained in 2012).

The genre ultimately burned bright but faded fast, and more or less fizzled out following Leone’s star-studded epic from 1968, Once Upon a Time in the West. Audiences’ tastes were changing once again, and Westerns — Spaghetti or otherwise — have never managed to recapture the popularity and prestige they enjoyed in the mid-twentieth century. But the Spaghetti Westerns of old remain popular and influential to this day, and the odds are pretty good that when you picture what a Western looks like in your head, the image your brain conjures is one that has its origins in Italy rather than California.

Cook up some pasta with a side of baked beans and tune into For a Few Dollars More and A Fistful of Dollars back-to-back on Tuesday, Jan. 21 starting at 5 pm/4 C on THIS.