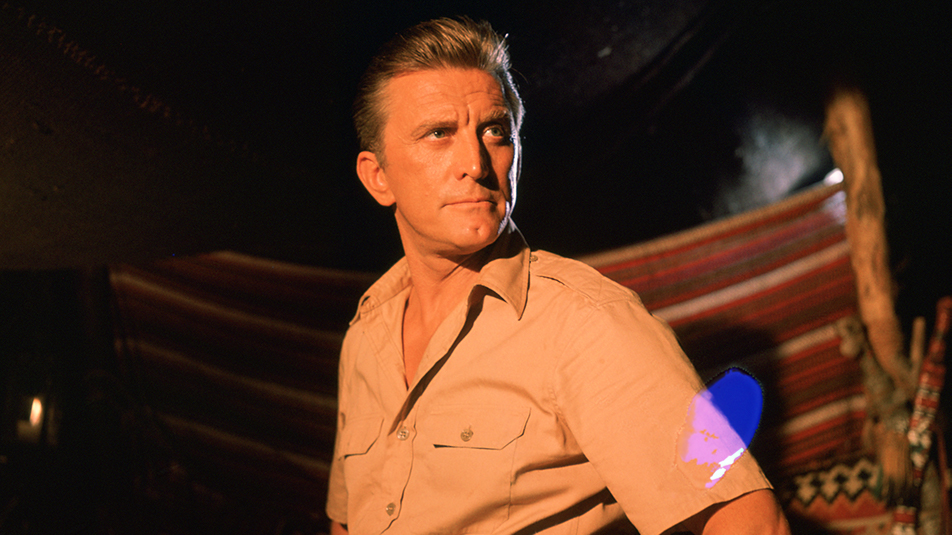 Kirk Douglas passed away on February 5, 2020 at the age of 103, and with him went the last surviving piece of Hollywood’s Golden Age. Douglas reached the peak of his stardom in the 1950s and 1960s, when movie stars — not franchises — still reigned supreme at the box office. His contemporaries were men like Jimmy Stewart, Cary Grant, and Henry Fonda, and he was of an older generation than actors such as Steve McQueen, James Dean, and Marlon Brando. Douglas outlived all of them by many years, allowing him to continue to add to his legend in his later years.

THIS is honoring the legacy of Kirk Douglas with a marathon of films from throughout his career on Sunday, March 1. Though Douglas and the era in which he rose to stardom may be gone, they will never be forgotten. Take a look below to see what’s playing.

The Devil’s Disciple at 2 pm/1C

In this star-studded 1959 Revolutionary War Drama, Douglas is joined by fellow legends Laurence Olivier and Burt Lancaster, the latter of whom would star in a total of seven films with Douglas.

Long before the series Vikings became a hit on television, Douglas told the tale of Ragnar Lothbrok and company in this 1958 blockbuster, which spawned a TV series spinoff of its own in 1959.

Controversial at the time of its release for its anti-war message, this 1957 World War I film is one of several Douglas films to have been selected for preservation by the Library of Congress.

Few films in history can boast a more accurate title than this 2003 movie. Douglas stars alongside his real-life son Michael Douglas, his grandson Cameron Douglas, and even his ex-wife Diana Douglas — Michael’s mother from whom Kirk had been divorced since 1951 — who plays Kirk’s wife in the film. Kirk Douglas would go on to make just two more films after this one.