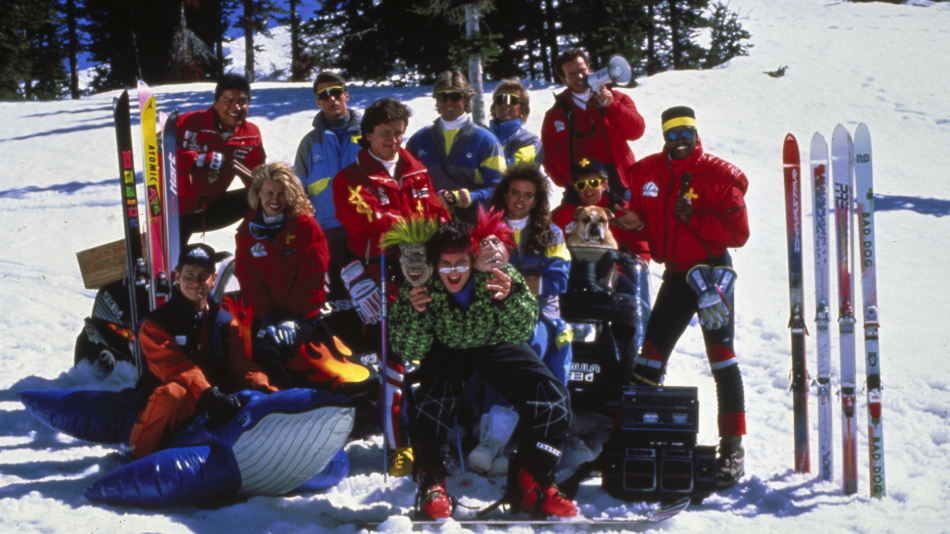 Hit the Slopes With These 9 Skiing Movies

Winter is right around the corner, which means millions of Americans will be hitting ski slopes around the country to practice everyone’s favorite winter sport. But let’s face it, not everyone who wants to is going to be able to go skiing this season. Skiing is expensive, requires equipment and training, and many people just don’t live near any mountains. So with that in mind, we’ve come up with the next best thing: a list of skiing movies! If you’re experiencing snow-FOMO this winter, rest assured knowing that you can still curl up next to a warm fire with a cup of hot cocoa and one of these wintery gems.

Is this the best ski-themed comedy out there? Why, yes. Yes, it is. It tells the story of the ski patrol at a small ski lodge who band together to prevent their little slice of powdery heaven from being taken over by an evil wealthy developer.

One of the more recent entries to the ski genre is this inspiring drama about Michael Edwards, who in 1988 became the first British Olympic ski-jumper in 60 years.

This madcap Beatles movie isn’t about skiing, but a portion of its story does take place in the Alps, including a killer scene of the Fab Four skiing down a mountain to “Ticket to Ride.”

4. On Her Majesty’s Secret Service

There are loads of James Bond skiing scenes out there, from the iconic yellow ski suit and Union Jack parachute in The Spy Who Loved Me to the notorious Beach Boys-backed snowboarding in A View to a Kill, but the most essential ski movie in 007’s repertoire happens to be George Lazenby’s only outing as the agent. The extended ski chase scene here is magnificent, and a big chunk of the movie’s plot takes place in villain Blofeld’s gorgeous lair atop the Swiss Alps.

While inferior to Ski Patrol in laughs, Hot Dog features some of the best actual skiing in a mainstream movie. So if you’re looking for a few tricks to go with your adolescent chuckles, this is the one for you.

Not a ski movie by definition, but one of the funniest movies of all time still works in some great scenes on the trail thanks to its Aspen setting. Just be sure not to get any ideas about licking ski lifts after watching it.

Robert Redford plays a flashy downhill skier competing for a spot in the Olympics in this drama — but first, he’ll have to figure out how to get along with his team’s more traditional coach (Gene Hackman).

Referred to by one reviewer as “Top Gun on the ski slopes,” this action-drama doesn’t quite live up to that high praise, but it’s still a fun and very ’90s melodrama with some exciting skiing action.

If this piece has put you in the mood for some fresh powder, then be sure to check out Ski Patrol on Saturday, Nov. 30 on THIS. See our schedule here for details.