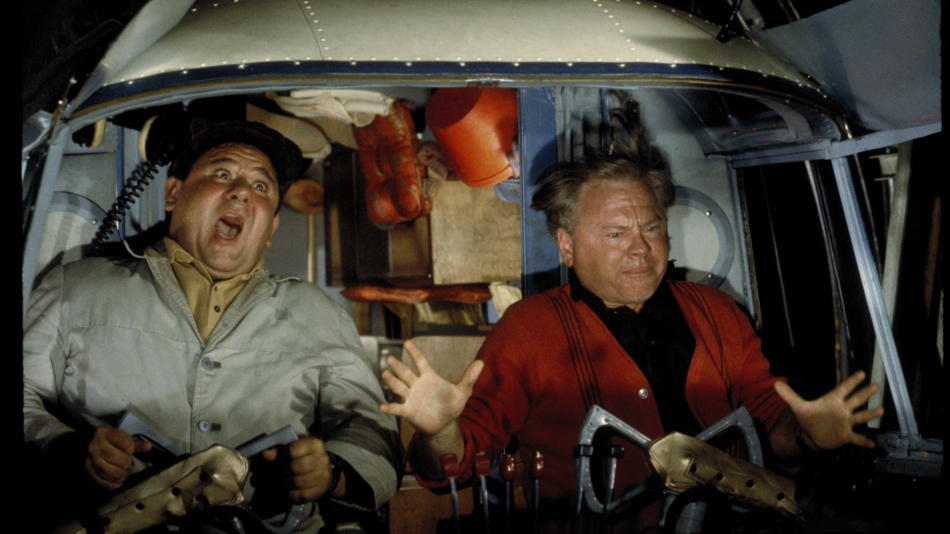 Escape From Your Quarantine With These Road Comedies

With everyone currently cooped up in their homes due to the COVID-19 quarantine, we can’t blame people for feeling a little stir-crazy. Going outside is a big no-no at the moment, rendering activities like taking the classic American road trip impossible. But you can do more than sit on your couch and wallow in self-pity. You can also sit on your couch and take a virtual road trip with some of the funniest road trip comedies in history!

THIS has gathered up seven of the most gut-busting road comedies ever for your amusement, so hop in the passenger seat and get ready to hit the road vicariously with these fun-filled rides.

The granddaddy of the modern road trip comedy, this John Hughes-penned (and Harold Ramis-helmed) classic about a suburban Chicago man (Chevy Chase) taking his family on an ill-fated quest to a Southern California theme park remains as sharp and clever as ever.

In another Hughes film (he both wrote and directed this one), Steve Martin stars as an uptight ad executive trying to get from New York to Chicago in time to celebrate Thanksgiving with his family. Of course, he didn’t count on running into every conceivable obstacle along the way while being saddled with an annoying shower curtain ring salesman (John Candy) as his travel partner.

Easily the funniest film from the Farrelly Brothers, Jim Carrey and Jeff Daniels star as two braindead roommates who drag a lost suitcase from Rhode Island to Colorado in search of its owner. Along the way, they’ll show you a million reasons why this movie lives up to its title.

This stone-cold classic from 1963 about a fast-paced treasure chase earned six Oscar nominations and featured just about every comedy star of its day, including Spencer Tracy, Milton Berle, Sid Caesar, Buddy Hackett, Edie Adams, Ethel Merman, Mickey Rooney, Phil Silvers, Terry-Thomas, and Jonathan Winters. There’s a reason why it shows up on lists of the greatest comedies ever.

Chris Farley stars as the slacker heir to his family’s auto parts business who must travel around the Midwest on a sales trip with his deceased father’s sarcastic lackey (David Spade) in order to save the company. It’s the best film from either Farley or Spade, and ranks as one of the ’90s best comedies.

Sacha Baron Cohen plays a Kazakh reporter who’s making a documentary about America in this mostly-factual film. Borat and a handful of other characters are acting, but most of what you see on screen are real people having actual reactions, making this the most honest — and arguably the funniest — look at American life in a road comedy.

Never a hit with critics, this 1981 comedy about an illegal road race across the country is still an undeniably good time. It also features one of the most impressive — and impressively odd — casts ever assembled, with Burt Reynolds, Dom DeLuise, Dean Martin, Sammy Davis Jr., Jackie Chan, Roger Moore, Farrah Fawcett, Terry Bradshaw, and more all taking part.

Jumpstart your comedy road trip by catching It’s a Mad, Mad, Mad, Mad World on THIS, airing at midnight/11 C on Friday, April 24.