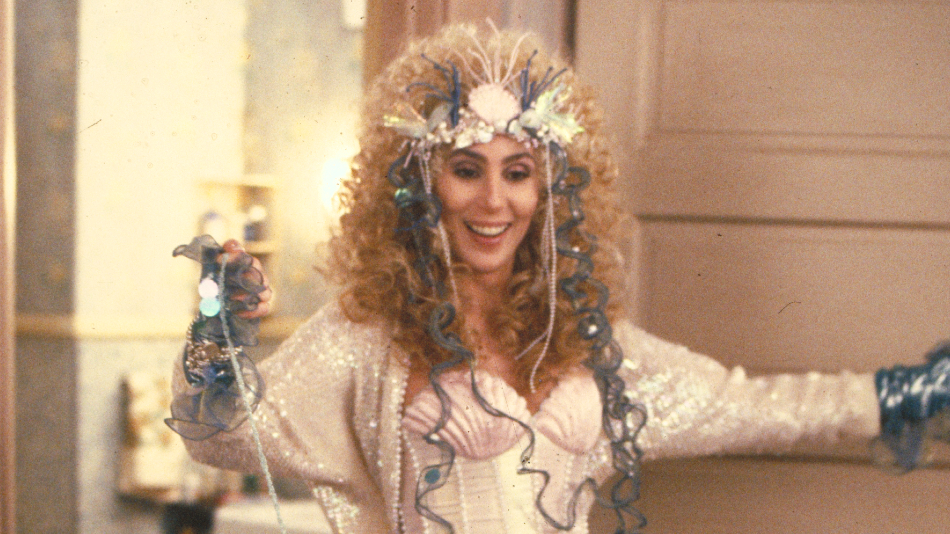 Once in a while, successful singers will also find some success as movie stars. This seems doubly true for singers who popularly go by one name, like Sting, Madonna, and, of course, Cher. Cher may be best known for her megahit songs both as a solo artist and as one half of Sonny & Cher, but for a while, she also was making a pretty serious run at being an actor. The “Believe” singer may not act much anymore, but as you’ll see below, maybe she should.

Cher actually began acting very early on in her career. In 1967, just three years after forming Sonny & Cher with Sonny Bono, the two of them appeared as guest stars on an episode of The Man from U.N.C.L.E. Then, in 1969, Cher starred in the romantic film Chastity, which was a notorious flop. But it wasn’t until the 1980s, after the breakup of Sonny & Cher, that Cher began to treat acting like a serious career. After a 13-year hiatus, Cher returned to the big screen in 1982’s Come Back to the 5 & Dime, Jimmy Dean, Jimmy Dean, an adaptation of the stage play of the same name. The film Cher earned a Golden Globe nomination for Best Supporting Actress, and all of a sudden, the singer best known for hippie music and cheesy TV variety shows was a legitimate movie star.

Cher followed with an even bigger success, 1983’s Silkwood. The biopic about nuclear whistleblower Karen Silkwood had quite the murderer’s row of talent, with direction from Mike Nichols, a script from Nora Ephron, and Meryl Streep and Kurt Russell starring alongside Cher. Critics and audiences alike seemed to notice, as the film was a box office hit and an awards season darling. For her work on the movie, Cher earned another Golden Globe nomination, as well as her first Oscar nomination for Best Supporting Actress. Cher’s next movie, 1985’s Mask, was another success, and Cher earned her third Golden Globe nomination for acting — and her first for Best Actress. With three straight critical successes, Cher was flying high, but her greatest successes still lay ahead.

After starring in the competent (if underwhelming) thriller Suspect in 1987, Cher featured in the blockbuster fantasy film The Witches of Eastwick. With a $63 million box office haul, the film was Cher’s biggest hit yet, but her third film of ’87 would be even more impressive. Cher led the romantic comedy Moonstruck, which earned over $80 million at the box office and is now regarded as a classic of the genre. The movie picked up six Oscar nominations and won three, including Cher’s win for Best Actress. She also took home the Golden Globe award for Best Actress for her performance.

Cher wouldn’t star in another film in the ’80s, but she kicked of the ’90s in grand fashion with Mermaids. The quirky family dramedy was yet another critical success for Cher, as well as a modest financial success. But despite the movie being well-received, Mermaids marked the end of an era for Cher the movie star. It would be six years before she acted as a character other than herself in a movie, and the results weren’t pretty. Cher’s 1996 comedy Faithful was a box office bomb and was trashed by critics, earning the worst reviews of her acting career. Since then, Cher’s presence at the movies has been almost non-existent. She has played a character in a live-action film only twice in the last two decades, with both parts being in musical ensemble films: 2010’s Burlesque, and 2018’s Mamma Mia! Here We Go Again.

Though her career as a true Hollywood movie star only lasted about a decade, Cher managed to accomplish more in that time than many actors who spend their whole lives in front of the camera. Hopefully, Cher gets bit by the acting bug again in the future, but if she doesn’t, you can still enjoy her work by checking out Mermaids on THIS. The last film of Cher’s Hollywood Golden Age airs late night on Tuesday, August 25 at 1 am/ 10 pm PST.