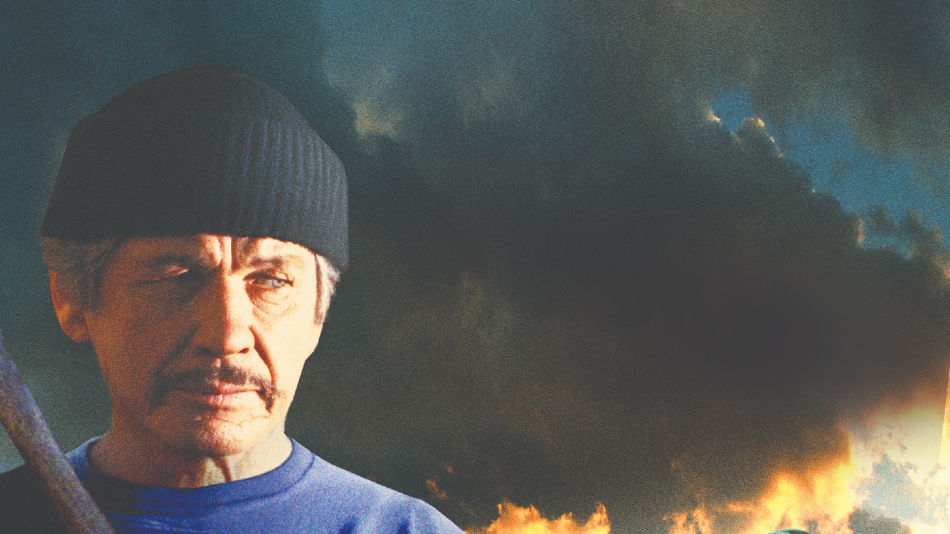 Few actors in history were able to play the tough guy quite like Charles Bronson, and that’s probably because he wasn’t just playing tough guys: he was one. The unconventional-looking box office star worked in the coal mines of Pennsylvania growing up and earned a Purple Heart fighting as an Air Force gunner in World War II, so by the time he got into acting Bronson already had a lifetime of experience as a legitimate hard man. And Hollywood noticed, continually casting Bronson as a guy who shouldn’t be messed with. From the Westerns of the ’60s to the revenge crime thrillers of the ’70s to the action movies of the ’80s, Bronson consistently proved that he was the toughest guy in motion pictures. But which of Bronson’s many roles rank as his most badass? Take a look below to see our picks for Charles Bronson’s five most intimidating characters.

1. Harmonica – Once Upon a Time in the West

In this classic ensemble Western, Bronson plays the role of the mysterious stranger known only by the name “Harmonica.” His introduction in the film sees him gun down three men who’ve been sent to kill him, and he only gets more intimidating from there.

Bronson plays a legendary hitman known as “the Mechanic” who takes on a young apprentice in this film. He has some very interesting and unique ways of killing his targets, and is even capable of (spoiler alert) taking out his final victim from beyond the grave. Now that’s tough.

There have been dozens of movies following the old “peaceful guy driven to the edge” trope, but few have executed it as well as this. Bronson plays a watermelon farmer who just wants to grow his melons and be left alone. He also happens to be a dangerous ex-con and a Vietnam veteran, so when the mob starts messing with his crop and his workers… well, you can pretty much guess what happens.

In this crime/sports film, Bronson plays a Depression-era drifter who makes his living by competing in an underground bare-knuckle fight club. In many Bronson films, he uses weapons to take out his enemies, but all he needs here are his fists — which makes him even scarier.

Perhaps Bronson’s most recognizable role, the actor starred in five Death Wish films over 20 years. In all of them, he plays a vigilante driven by an unquenchable thirst for revenge who isn’t shy about killing any criminal he comes across. Seriously, any criminal. If you’re looking for mercy, you won’t find any here.

You can watch Charles Bronson at his most intimidating during THIS’s Death Wish marathon consisting of Death Wish 2, Death Wish 3, and Death Wish 4. The action starts on Saturday, April 4 at 6 pm/5 C, with a second chance to watch on Sunday, April 5 at Noon/11 C.