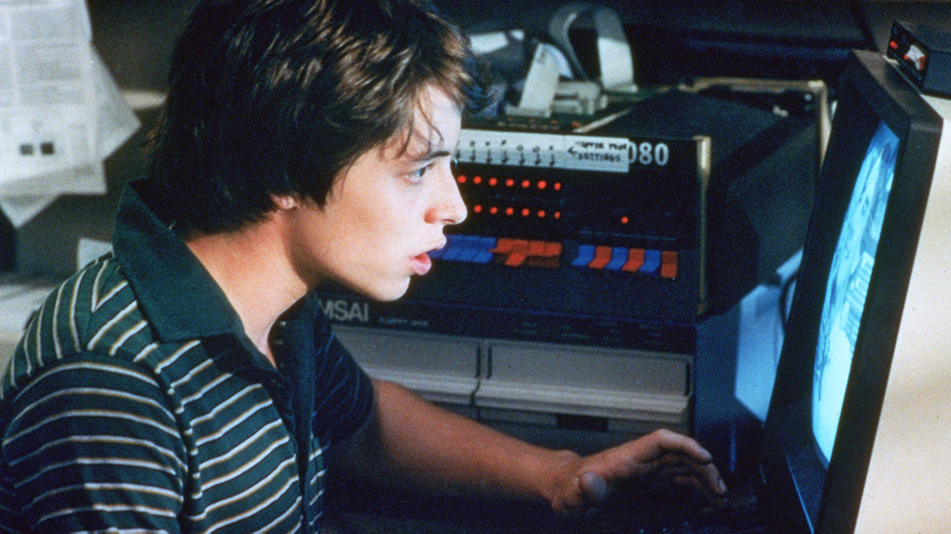 Almost Three Decades Later, ‘Wargames’ Is Just As Scary As Ever

On its surface, the 1983 movie Wargames may seem rather dated. It’s about a young computer nerd (Matthew Broderick) who accidentally hacks into a government defense program meant to predict nuclear missiles being launched from the USSR. Thinking that he’s playing a video game, his actions end up nearly causing World War III. Everything in the film is decidedly low-tech by today’s standards. From the hulking dinosaur computers to the uber-retro video games, the movie doesn’t exactly scream relevancy here in the 21st century. But Wargames shouldn’t be dismissed as some kind of relic, as the ideas it presents are still just as scary as ever.

Now, are we saying that some kid could unwillingly hack into the U.S. Government’s missile defense system and trick them into launching nuclear warheads at Russia? Probably not. But that doesn’t mean there aren’t other aspects of the film we should worry about. For example, there are still around 15,000 nuclear weapons in the world today, enough to kill everyone on the planet several times over. As if that wasn’t scary enough, the current presidents of both the United States and Russia — who already possess around 90 percent of the world’s nuclear weapons — have both pledged to pursue nuclear expansion in recent years, with the U.S. President being especially enthusiastic about the weapons (President Trump reportedly inquired about nuking hurricanes to keep them from striking the U.S.). The more nuclear weapons there are in the world, the greater chance there is for nuclear proliferation, where people with bad intentions may get their hands on a weapon.

Then there’s the other scary aspect of Wargames: Hacking. The world is far more connected today than it was during the time of the movie — the World Wide Web wouldn’t even be invented until 1989 — and with more connections come more vulnerabilities. There have been a number of high-profile hacks in recent years, many government-sponsored. In the 2000s, the U.S. used a computer virus to infect and heavily damage Iran’s nuclear program. The North Korean government is believed to have been behind the infamous 2014 hack of Sony Pictures. And, perhaps most famously, there was the Russian hack of emails belonging to Hillary Clinton and the Democratic National Committee, which were used to influence the 2016 U.S. Presidential election.

Then there’s this little tidbit: A 2018 government report stated that the USA’s newest, most high-tech weapons systems were extremely susceptible to hacking. One of their internal tests to gauge the system’s vulnerability was able to breach the system in only nine seconds. Uhh, we take back what we said about a kid not being able to accidentally hack into our defense systems. In fact, we’d be surprised if one hadn’t already.

With the number of nuclear weapons in the world and the breakneck pace of technology, a WWIII scenario like in Wargames still seems terrifyingly probable. So here’s hoping Matthew Broderick doesn’t suddenly get into computer games anytime soon.

You can catch the (thankfully) fictional Wargames on THIS at 5pm/4 C on Sunday, Feb. 2.