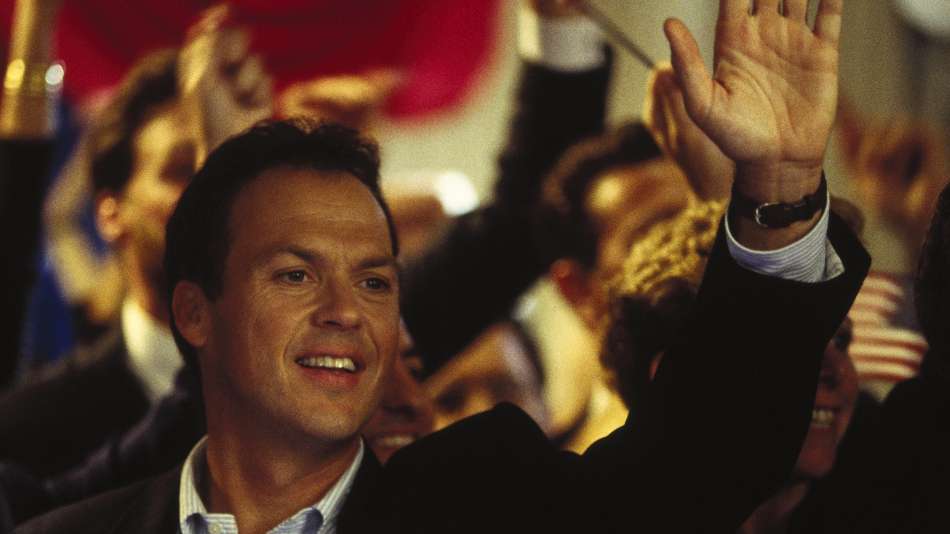 After ‘Batman’, Before ‘Birdman’: The Forgotten Years of Michael Keaton

Michael Keaton’s career has had two periods of major stardom. The first was in the late 1980s and early 1990s. After a number of comedic roles in the ’80s that culminated with 1988’s Beetlejuice — his highest-profile role to date — Keaton switched to more serious fare by playing the titular hero in 1989’s Batman. The film catapulted Keaton to international superstardom, and he went on to portray the character again in the 1992 film Batman Returns. But rather than continue his upward trajectory, Keaton’s career sort of stalled for two decades. He still worked consistently, but he never was at the forefront of Hollywood like he was during his days as the Dark Knight.

Then came 2014, when Keaton starred in the drama Birdman or (The Unexpected Virtue of Ignorance). Playing a washed-up actor whose career was defined by a superhero role long ago, the movie was a prime example of art imitating life. Keaton was perfect for the role, and critics noticed. He won a Golden Globe for his performance and picked up a Best Actor Oscar nomination, while the film itself won the Oscar for Best Picture. All of a sudden, everyone collectively seemed to remember that Keaton was a terrific actor, and the prestigious roles came pouring in. The next year, Keaton starred in the drama Spotlight, which also won the Oscar for Best Picture. In 2016, he portrayed McDonald’s founder Ray Kroc in the acclaimed film The Founder, which earned Keaton a Capri Award for Best Actor. In 2017, he entered the blockbuster Marvel Cinematic Universe as the villainous Vulture in Spider-Man: Homecoming, and in 2019, Keaton reunited with his Beetlejuice and Batman director Tim Burton for Disney’s live-action Dumbo remake.

Michael Keaton is definitely back on top of Hollywood, but truth be told, he never went away. In the 22 years between his Batman and Birdman roles, Michael Keaton still put out a lot of good work that often gets overlooked. But it’s time to give some props this little-known segment of Keaton’s career, so take a look below at six great Michael Keaton movies from his underrated middle period.

Much Ado About Nothing

One of the best Shakespeare adaptations ever put to the big screen, this 1993 film features an ensemble cast that includes Keanu Reeves, Denzel Washington, and Emma Thompson, but it’s Keaton who steals the show as the comedic Dogberry.

In this underappreciated political rom-com from 1994, Keaton and his Beetlejuice co-star Geena Davis star as a pair of speechwriters for rival political candidates who fall in love. Davis earned a Golden Globe nomination for her role, but Keaton isn’t exactly a slouch with his performance, either.

Two decades before Spotlight, Keaton was part of the ensemble in another acclaimed film about a newspaper. Like Spotlight, this 1994 film also got some attention from the Academy of Motion Picture Arts & Sciences, picking up a nomination for Randy Newman’s original song “Make Up Your Mind.”

In addition to his starring role as a suicidal hitman who befriends a victim of domestic abuse, Keaton also made his debut as a director in this film. It premiered at the 2008 Sundance Film Festival to rave reviews.

In this critically-adored and highly-emotional animated sequel, Keaton offered a humorous reprieve from all the tears with his hilarious voice work as Ken, Barbie’s highly-accessorized boyfriend.

Keaton has a smaller role in this Adam McKay comedy, but he still makes an impression as the long-suffering police captain of Will Ferrell’s and Mark Wahlberg’s police precinct.

You have two chances to watch underrated Michael Keaton performances this week on THIS. First up is Speechless on Monday, March 23 at Noon/11 C, then it’s Much Ado About Nothing on Thursday, March 26 at 8:30 pm/7:30 C.