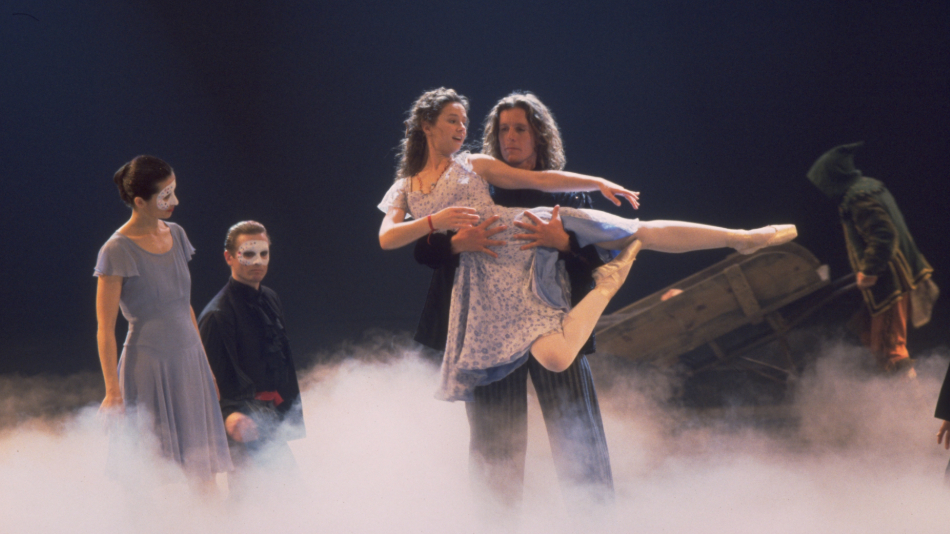 7 Underrated Movies Based on Musicals

The popularity of movie musicals has ebbed and flowed over the years, and as a result, some musical movies don’t get the credit they deserve. Whether they were overshadowed by a crowded box office, were dogged by production issues, or critics thought they paled in comparison to their respective stage inspirations, some very good big screen musicals often get overlooked. But not today, as THIS is putting a spotlight on seven movies based on musicals that are deserving of more love.

This 1954 adaptation of the 1947 Broadway show received ho-hum reviews at the time of its release, which seems hard to believe today. Featuring the dancing of Gene Kelly and Cyd Charisse, one gorgeous set after another, and all the grand spectacle of a Golden Age Hollywood production, Brigadoon deserves to be mentioned alongside other classics of the era.

Whatever Lola wants, Lola gets, and in 1958 she wanted a knockout film version of the eponymous 1955 Broadway musical. This update on the classic Faust tale is loads of fun, with standout moments including Gwen Verdon’s rendition of the previously-referenced catchy number and the old-timey New York joy to seeing a bunch of baseball players singing and dancing.

By 1995, movie musicals weren’t exactly considered box office gold, which explains why it took this movie another five years to make it to theaters. That’s a shame, but it makes sense as this adaptation of the 1960 Off-Broadway show about the over-the-top orchestration of a pair of lovers is a movie out of time. It has all the joy of a mid-twentieth century production, which is probably why it was overlooked by more cynical modern critics. If you’re looking for a good time, by all means, what The Fantasticks.

4. How to Succeed in Business Without Really Trying

Cursed by the enormous popularity of the 1961 Broadway musical on which it is based, How to Succeed is perfectly capable of standing on its own two wingtip-adorned feet. The film is hilarious, wonderfully-produced, and well-acted. On that last point, the film’s two stars — Robert Morse and Rudy Vallee — also starred in the original stage production. So what’s not to like?

Disney churns out giant blockbusters constantly, and as a result, this 2014 musical got lost in the shuffle — despite earning over $200 million at the box office. On the surface, it looks like the typical Disney fare: fairy tale characters who sing a lot. But the story is actually pretty anti-Disney and shockingly risqué for the normally safe-playing studio. And for the risks it takes, Into the Woods deserves another look.

The story of Don Quixote has been told countless times, but don’t overlook this version. Starring Sophia Loren and Peter O’Toole, this film was criticized for its lack of traditional singing talent in its two leads. But it more than makes up for that in its heart, acting, and production values — plus Loren isn’t all that bad of a singer and O’Toole’s voice was dubbed over, so problem solved.

If this piece has put you in the mood for a toe-tapping good time, then be sure and catch The Fantasticks Thursday, Nov. 7 at 10:30 pm/9:30 C on THIS.