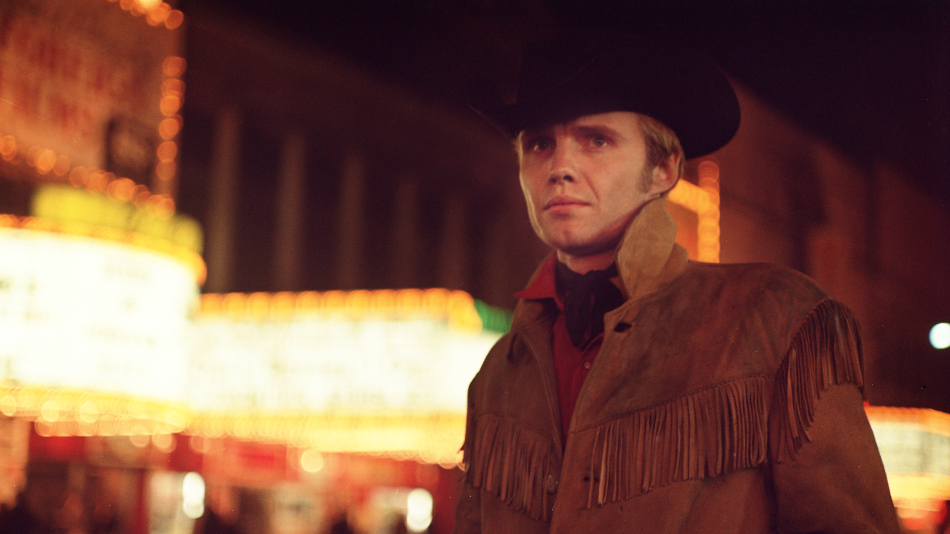 Music has always been a part of movies, but sometimes, the connection between songs and the films in which they appear becomes something special. There are a number of iconic songs that either debuted in movies or became famous thanks to their inclusion in movies, and because of this, certain songs and films share lasting connections that make them inseparable from one another — to the point where it’s basically impossible to think of one without also thinking of the other. Don’t believe us? Take a look below at 11 songs and the movies that made them famous and you’ll see what we mean.

Celine Dion’s ballad became one of the biggest-selling singles of all time, making it the perfect accompaniment to what was at the time the highest-grossing film ever made. The song’s melody can be heard throughout the film, and it’s basically impossible to listen to Dion belt out this tearjerker without picturing Jack and Rose.

2. “I Will Always Love You” by Whitney Houston – The Bodyguard

The romance film starring Kevin Costner and Whitney Houston was a massive hit in 1992, and the film probably owed the bulk of its success to the success of Houston’s single. While the song was originally written and recorded by country star Dolly Parton, it was Houston who made it her own with her iconic performance. Along with “My Heart Will Go On,” it’s one of just 15 singles to have sold over 15 million copies. The Bodyguard soundtrack also ranks as the best-selling soundtrack album of all time, thanks again to this song.

Just when everyone thought Disney animated musicals had breathed their last breath, along comes Idina Menzel in this 2013 film to prove everyone wrong. By far the most recognizable song from Frozen, “Let It Go” became a megahit and a pop-culture juggernaut, helping Frozen to become the all-time highest-grossing animated film at the time. Good luck finding anyone under 30 who can’t sing every lyric.

4. “(Don’t You) Forget About Me” by Simple Minds – The Breakfast Club

This 1985 John Hughes teen dramedy is remembered for its final scene more than anything else, and it has Simple Minds’ catchy pop song to thank for that. The song doesn’t play until the final scene of the film and continues playing over the credits, but it’s the first thing many people remember about the movie.

“Everybody’s Talkin”s journey to Hollywood success is an unlikely one. First written and recorded by singer-songwriter Fred Neil in 1966, the song was then covered and released as a single by Harry Nilsson in 1968. The single flopped, until it became the theme song to this drama the next year. Nilsson then won a Grammy for the song, Midnight Cowboy won the Oscar for Best Picture, and the song and film became forever intertwined.

Simon & Garfunkel’s music is heard throughout this 1967 drama, but it’s this iconic track that proves the most inseparable from the film. With the song sharing its name with the film’s older seductress, it’s hard not to picture Dustin Hoffman framed under the bare leg of Anne Bancroft when listening to it.

Rapper Eminem’s semi-biographical movie needed a semi-biographical theme song to go along with it, and it sure got one with this now-classic. One of the most iconic rap songs ever made, it was the first hip hop song to win Best Original Song at the Oscars.

Like Simon & Garfunkel’s efforts on The Graduate‘s soundtrack, the Bee Gees are featured heavily on the soundtrack to this ’70s classic. The movie is the defining representation of the disco era, so naturally, the band’s defining disco song is the one that goes best with John Travolta’s white polyester leisure suit.

9. “(I’ve Had) The Time of My Life” by Bill Medley and Jennifer Warnes – Dirty Dancing

It’s basically an unstated law that anytime a couple hears this song in public, they must attempt the climactic (and highly-dangerous) dance move from this film. Just try not to hurt yourselves, OK?

10. “Shallow” by Lady Gaga and Bradley Cooper – A Star Is Born

The newest addition to this list, this film and song took over cinemas and radios for a few months in 2018. Both will undoubtedly be regarded as future classics, and we’re already looking forward to the likely reunion performance of Gaga and Cooper at the Oscars in a couple of decades.

This one’s pretty obvious, right? Seriously, it’s right there in the title.

You can hear “Everybody’s Talkin'” in Midnight Cowboy by tuning into THIS on Monday, April 6 at 2 pm/1 C.